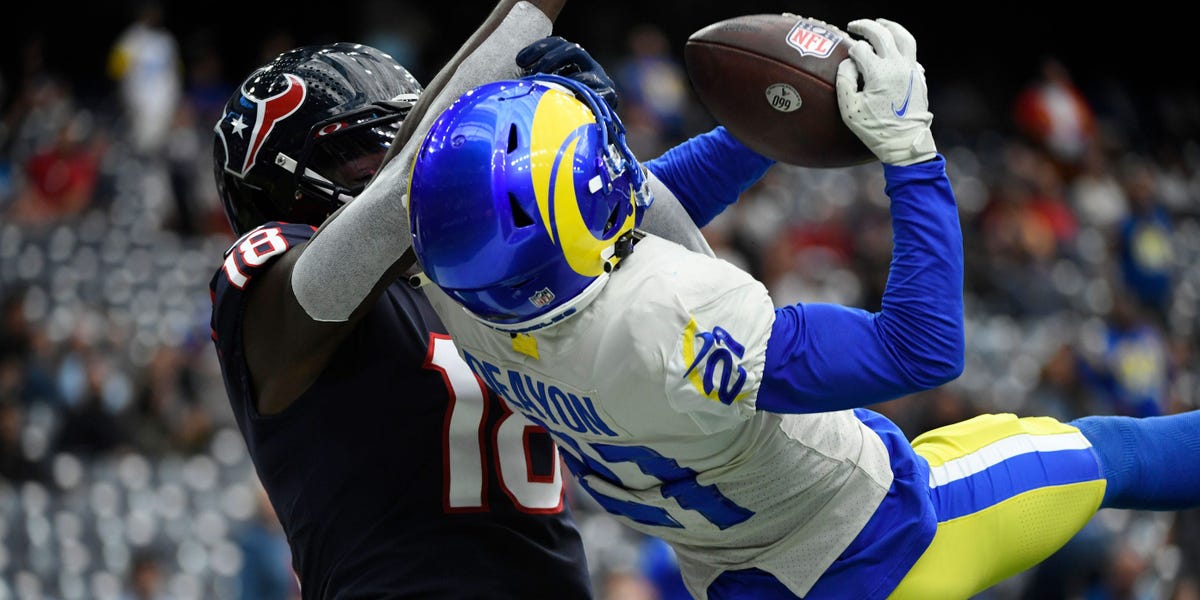 Bettors backing the Los Angeles Rams on Sunday were met with crushing defeat when the Houston Texans stormed back in the fourth quarter to only lose by 16.

Heading into the game, the Rams closed as 16.5-point favorites, meaning bettors needed Los Angeles to win by at least 17 points to cash their tickets. Los Angeles minus the points was one of the most popular bets of the day.

Through three quarters, it looked as though those bets were as good as won, with the Rams jumping out to a 38-0 lead over the lowly Texans.

Then, the fourth quarter happened.

With the game in hand, the Rams pulled starting quarterback Matthew Stafford for second-year backup John Wolford. Suddenly, Los Angeles struggled to move the ball. Still, bettors had a cushion of 22 points to rely on — if the Rams could just run out the fourth quarter, their bets would be safe.

Unfortunately, it wasn’t meant to be.

The Texans scored their first touchdown with eight minutes left in the game. After a Rams three-and-out, the Texans scored another touchdown just four plays later when Davis Mills connected with wide receiver Brandin Cooks.

Suddenly, the Rams lead was down to 38-14 with five minutes left. While the game was undoubtedly in hand for the Rams, bettors who needed them to win by 17 were starting to sweat.

That sweat would turn to a downpour when the Texans recovered the ensuing onside kick.

Just six plays later, the Texans would score again to cut the Rams lead to 38-20.

What came next was the killing blow to Rams bettors. Down 18 points with the extra point pending, the Texans elected to go for two. With a conversion, Houston would only be down two scores. While the comeback to win the game would still be unlikely, it was the right move for a team that is still fighting.

On the two-point attempt, Mills took the ball himself and crossed the goal line.

Rams 38, Texans 22. Rams bettors: slamming their heads into the wall.

Houston’s second onside kick attempt would fail, and 38-22 would prove to be the final score.

For what it’s worth, not every bettor backing the Rams got crushed. Those who bet the game earlier in the week were able to get Los Angeles anywhere from 14-point to 16-point favorites. But those that waited until Sunday to bet the game likely got the closing number of 16.5, and tore up their tickets when the game went final.

After the game, Rams head coach Sean McVay joked about the spread.

“Vegas is good,” McVay said, per ESPN’s Lindsey Thiry when asked of the number.