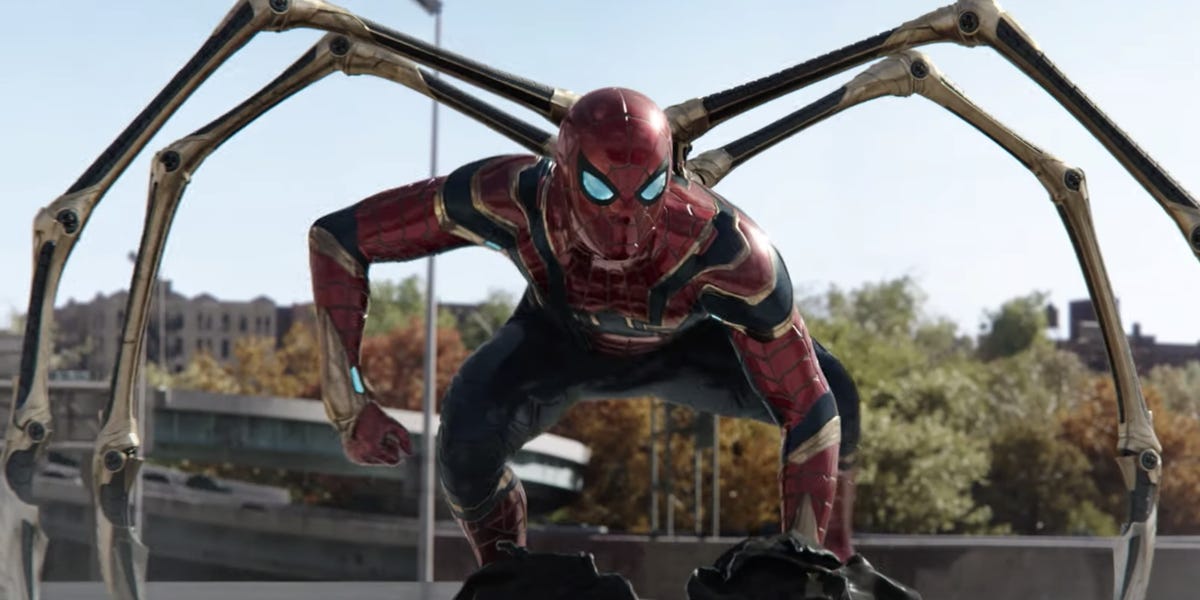 Fans first theorized online that Garfield would appear in the movie and save Zendaya’s character after noticing that a scene of her falling in the “NWH” trailer was reminiscent of Gwen Stacy’s death in “The Amazing Spider-Man 2.”

People suspected that Holland’s version wouldn’t be able to rescue her, but Garfield’s character would, thus redeeming himself after “TASM 2.”

When Holland and Zendaya participated in an interview with BBC Radio One’s film critic Ali Plumb, Zendaya spoke about how happy she and Batalon were to finally be able to do stunt work.

“Yeah, it was fun,” the former Disney Channel star said.

“It was really fun,” Holland added. “Well, I wasn’t there. It looked really fun.”

It’s not uncommon for the final, edited version of a movie to make it appear as two actors were in the same scene together, even if they didn’t actually film together on set. But Holland mentioning that he “wasn’t there” when she filmed that scene was suspicious, and fans picked up on it.

Those who have seen the movie know that the fan theory turned out to be correct.

Holland’s Spider-Man gets knocked out of the way by Willem Dafoe’s Green Goblin, and Garfield’s character springs into action to rescue MJ.

Garfield’s Spidey is successful and the look on his face when he and MJ land safely on the ground suggests that the moment was particularly emotional for him.

“Spider-Man: No Way Home” is now in theaters. Follow along with Insider’s coverage here.