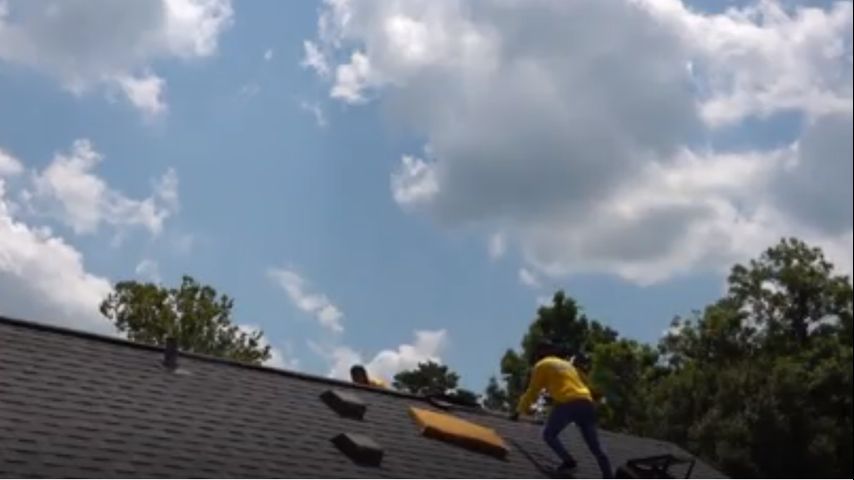 BATON ROUGE – At 11 a.m., the sweltering sun was already beating down the necks of hardworking roofers at Advanced Exteriors.

“It’s not sunny and 75 out there, this is rough,” said Chris Brantley, owner of Advanced Exteriors.

Brantley says in his 13 years of working with the company, this has been the hottest summer yet.

“It’s not even August yet and it’s dangerous hot out here,” said Brantley.

The high temperature for Thursday was 99 degrees on the ground, but up on a roof those temperatures can easily exceed 120 degrees. Working up to 12 hours per day in the sun, roofers are at a greater risk for heat stroke.

To curtail the potential for heat-related illness, Brantley says he encourages his employees to take frequent breaks for water and rest, even at the cost of slowing a project down.

“I’ve told customers now hey these jobs that may have taken us one day on a 5,000 square foot job is now a day and a half, two days at this point. They just have to bear with us,” Brantley said.

With the summer season just officially beginning June 21, Brantley is concerned about the coming months.

“If we’re experiencing this in mid-June, what’s it going to be like when July, August hits?”

The Baton Rouge area will be under an excessive heat warning starting Friday at 10 a.m.