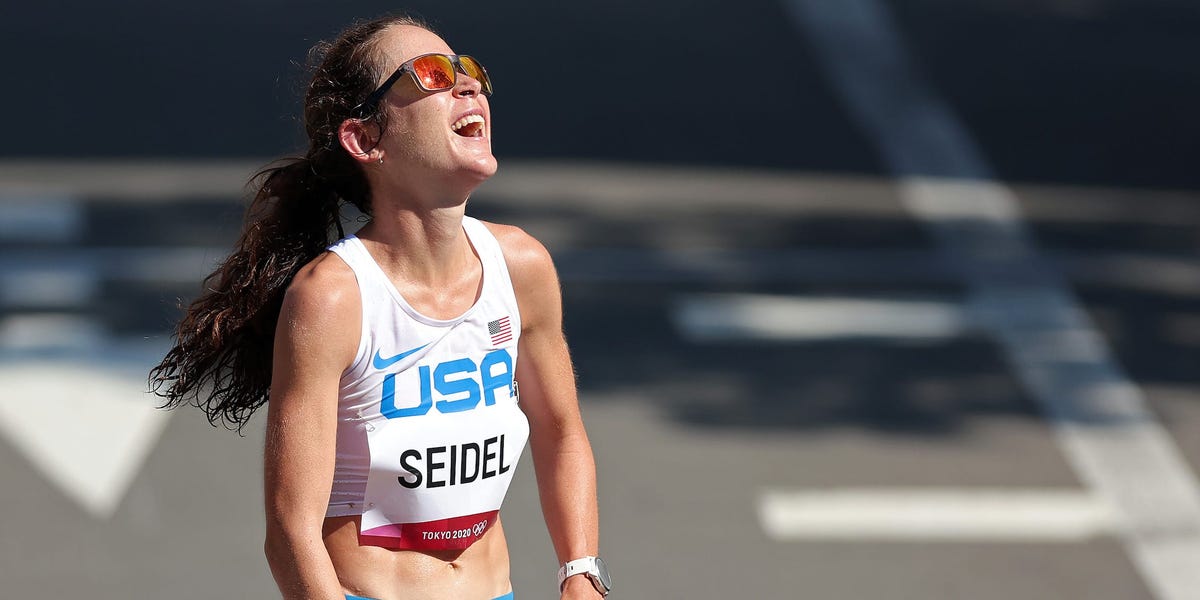 Molly Seidel is having fun with her running.

After all, “it’s not rocket science,” she told Insider.

The 27-year-old American shocked the world when she earned a bronze medal in the women’s marathon at this summer’s Tokyo Olympics, completing just the third marathon of her career when she crossed the finish line in Sapporo, Japan. The breakout star credits her surprise success, at least in part, to “having a little bit looser attachment” to running than many of her peers at the pinnacle of the sport.

[Obsessive-Compulsive Disorder], naturally I take everything too seriously. So I have to cultivate this attitude of — I need to be attached to it looser.”

Seidel learned to stop taking herself and her sport so seriously while spending time around the amateur running scene in Boston, where she first went pro after college. Hanging out with talented runners who spend their days working as nurses, lawyers, government employees, or business professionals helped Seidel recognize that “running doesn’t have to be your whole life, but it can still be a huge part of your life.”

That shift in mindset taught her “to have a better relationship with my running, to respect it for what it was, and to be able to have fun with it.” These days, she self-identifies as “the kind of person that likes to talk with people and joke around” on race days.

She spent the lead-up to the Olympic marathon “fucking around” with her coach, Jon Green, by putting googly eyes on random things at the hotel. Some opponents at the games even told Seidel that they “were wondering if you were even going to finish the thing, because you were too much fun in the hotel,” she recalled.

It’s all by design. When Seidel is putting less emphasis on the significance of what she does, “that’s when I actually do my best.”

“This is an incredibly cool, perfectly fun thing that I get to do, but it’s not rocket science,” Seidel said. “We’re not curing cancer with what we’re doing. We’re just going out and doing this incredibly cool thing and being grateful for that.”