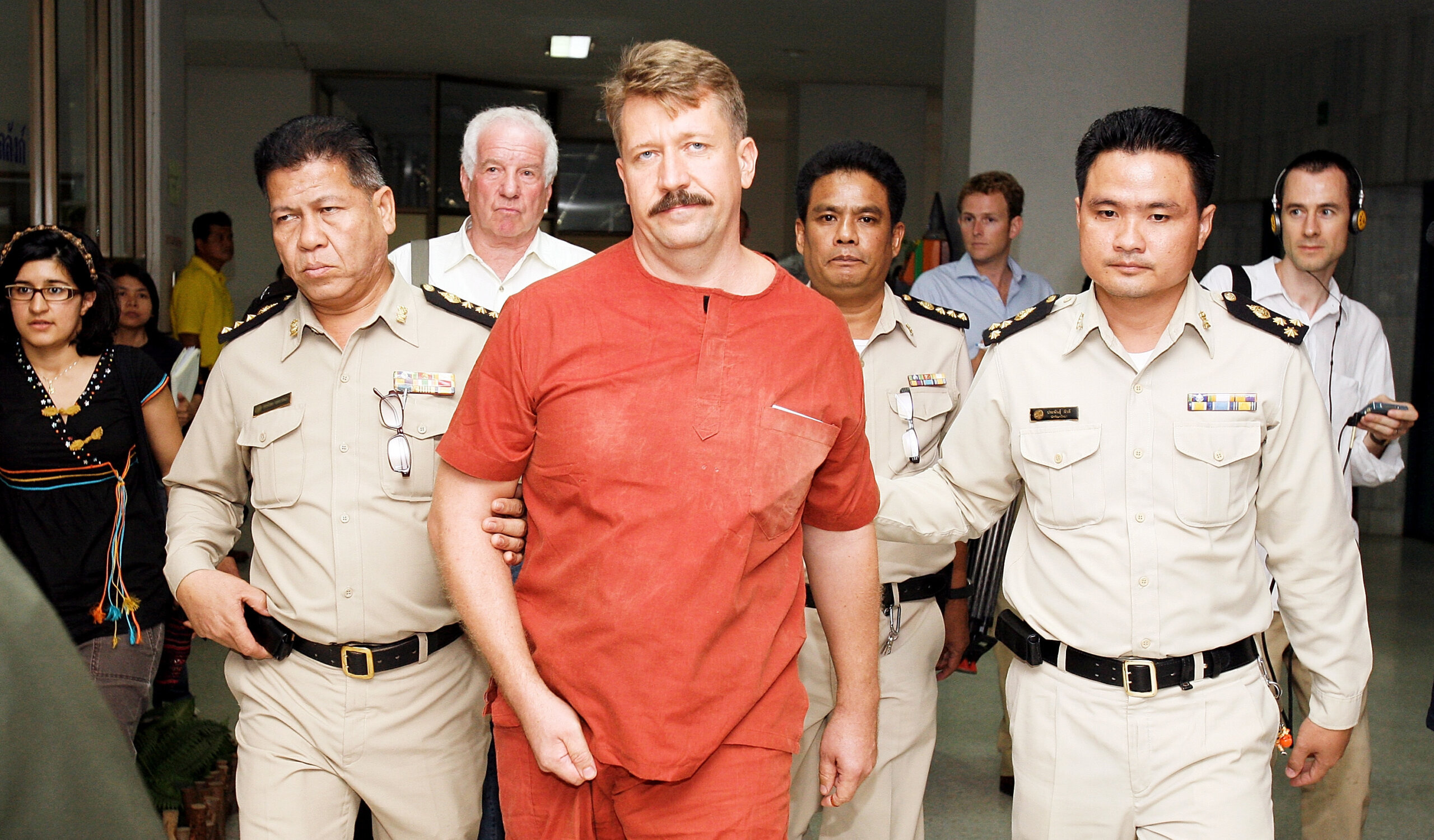 Griner is facing 10 years in a Russian jail after pleading guilty to importing cannabis into Russia. Whelan was arrested in Russia in 2018 on suspicion of espionage and sentenced to 16 years jail time.

After months of deliberation, the U.S. has offered the Kremlin the exchange of these two US citizens, which they believe are wrongfully detained, for convicted Russian arms dealer Viktor Bout. He was extradited to the U.S. in March 2008 and duly convicted on illegal arms trafficking charges. Bout is still surrounded in mystery. Bout managed to keep law-enforcers from various countries and UN experts off his trail for a long time, and at one point owned an airline that had up to 60 aircraft and 1,000 employees.

British intelligence believes he was an employee of the Main Directorate of the General Staff of the Armed Forces of the Russian Federation (GS) – the main military intelligence agency of the USSR (KGB in Soviet times), and then of Russia.

Bout’s network of high-ranking patrons in Russia helped him to calmly “export” weapons from closed Russian enterprises and stores in Rostov, Novorossiysk, and St. Petersburg.

Russian legislators and even Foreign Minister Sergey Lavrov came to Bout’s defence after he was arrested, despite it being unclear that Bout really had illegally delivered weapons to “hot spots” to circumvent the UN embargo. He is also believed to have sold $50 million worth of weapons to the Afghan Taliban, which then ended up in Al Qaeda.

On July 29, US Secretary of State Anthony Blinken and Lavrov discussed a possible exchange.

Despite the fact that Russia has long sought to get Bout released, its leadership currently feels U.S. weakness on this issue. After all, elections for the U.S. Senate will be held in November 2022, and the Democrats are trying to increase their ratings. Russian propaganda in the U.S. has already begun to actively lobby for the importance of getting back the two American citizens.

According to Maria Yarmush, a Russian specialist in civil and international law, the Griner case is important because she is a member of the LGBT community.

“The negotiations on the exchange began at the initiative of the American side. At the same time, they very actively cover the very course of negotiations and demands — and not only their own, but also Russia’s, which is unprofessional. Such discussions are held on the diplomatic sidelines before the final agreement is adopted.  It must be understood that for Biden, the dismissal of Griner is a serious PR. After all, she is not only a two-time Olympic champion, but also a representative of the LGBT community,” Yarmush was reported as saying by the RT media holding on August 5.

However, Lavrov is dragging his heels, which suggests Russia has begun to “raise the price” of detained citizens in an attempt to negotiate more favorable terms.

According to CNN, Russia invited another Russian citizen, Vadym Krasikov, to be included in the list for exchange. He was sentenced to life in December 2021 for the murder of former Chechen militant Zelimkhan “Tornike” Khangoshvili in Berlin.

According to CNN, in July 2022 Russia allegedly made the corresponding request to the USA “through an unofficial FSB channel”. But the request was considered problematic in Washington, including for the fact that Krasikov “remains in custody in Germany.”

Russian computer expert Aleksandr Vinnyk is also being considered for a swap. He was arrested on August 5 in Greece for money laundering at the request of the U.S.

That same day, White House press secretary Karine Jean-Pierre said that the U.S. was pushing for Russia to accept a “substantive offer” for a prisoner swap. She noted that the release of persons who, according to the White House, are illegally detained remains a priority for the Biden administration.

Former basketball player Enes Kanter commented on the Griner case on Fox News on August 6, saying: “We cannot exchange her for dangerous criminals. That would be an unfair exchange.  It is impossible to give someone who can harm the USA for her. I want her to come home. She deserves it. But the White House needs to be more careful.”