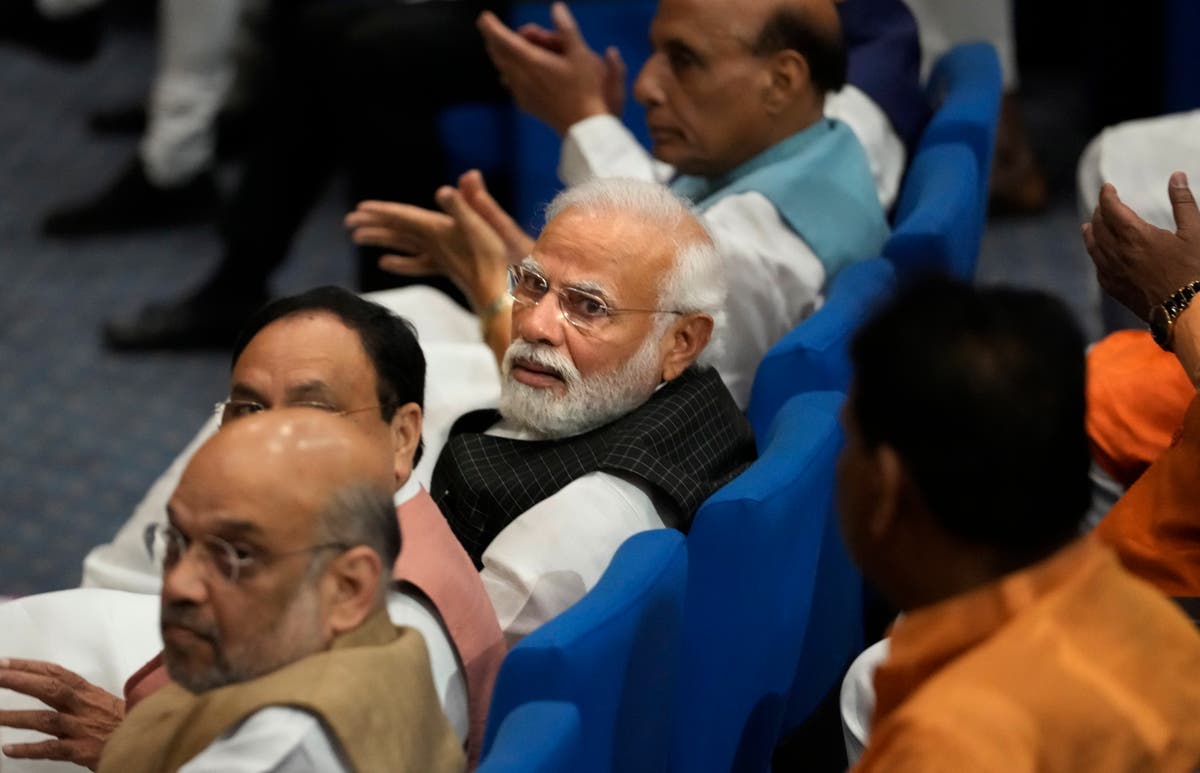 President Joe Biden’s campaign to unite the globe against the Russian invasion of Ukraine is being challenged not only by adversaries such as China but also by the world’s most populous democracy, India.

An Indian government official said on Friday that the country will increase its imports of Russian oil, allowing it to boost energy supplies at a discount as its economy struggles to recover from the coronavirus pandemic. The official, who was not authorized to talk to reporters and spoke on the condition of anonymity, said the latest purchase was 3 million barrels.

Although India isn’t alone in buying Russian energy — several European allies such as Germany have continued to do so — the decision conflicts with Biden’s efforts to isolate Russia’s economy with sanctions.

The increased flow of oil could further strain the relationship between Washington and New Delhi, which has already been tested by India’s recent procurement of advanced Russian air defense systems.

The White House is still considering whether to enact sanctions on India for that purchase. The issue is being looked at with a “different spin” following Russia’s invasion of Ukraine, according to a U.S. official familiar with the Biden administration’s deliberations. The official spoke on the condition of anonymity to discuss internal decision-making.

The oil deal is a reminder of how the war in Ukraine has created a complicated geopolitical balancing act for Biden. Even as he tries to rally countries to oppose Russia’s invasion, he also sees India as a critical partner for countering China’s rising influence in Asia.

Russia has long been a point of friction in U.S.-India relations, but the White House believes the two democracies have more that’s in common than that divides them.

India is a member of the Quad, an international partnership that also includes the U.S., Australia and Japan, and the leaders of all four nations are slated to meet this year in Tokyo.

Although Indian Prime Minister Narendra Modi has a checkered record on human rights, he was invited to participate in Biden’s virtual summit on democracy in December.

During the summit, Biden described the struggle between democracy and autocracy as the “defining challenge of our time.” Modi said that India “stands ready to join fellow democracies in this noble endeavor.”

The White House has publicly warned China against siding with Russia during the war in Ukraine, but it has been more circumspect when addressing India’s role.

Asked Wednesday how the U.S. was working with India, White House press secretary Jen Psaki said “we remain in touch through a range of channels.”

On the previous day, when asked about India considering buying discounted Russian oil, Psaki said the U.S. message to “any country” is to “think about where you want to stand when the history books are written.”

Imports make up 85% of India’s oil needs, and its overall demand is projected to jump 8.2% to 5.15 million barrels per day this year.

“We are exploring all possibilities in the global energy market,” India’s External Affairs Ministry spokesman Arindam Bagchi said Thursday. “I don’t think Russia has been a major oil supplier to India.”

India’s relationship with Russia revolves more around defense than energy. Russia provides only a small fraction of India’s oil but the majority of its military hardware.

“It’s critical for India’s military readiness, especially as they have an ongoing border crisis with China,” said Richard Rossow, an expert on the U.S.-India relationship at the Center for Strategic and International Studies, which is based in Washington. Twenty Indian soldiers and four Chinese soldiers died less than two years ago in an ongoing territorial dispute over eastern Ladakh.

India abstained from a United Nations Security Council vote condemning the invasion of Ukraine, and the Russian embassy in New Dehli responded by saying it “highly appreciate(s) India’s independent and balanced position.”

Ken Juster, a former U.S. ambassador to India, said the South Asian nation “believes in strategic autonomy” and is unlikely to line up neatly on either side in conflicts between the East and the West.

However, he expects New Delhi to face additional pressure as the war in Ukraine continues.

“India is going to face an increasingly challenging situation as Russia’s atrocities become more apparent and more widespread,” he said. “It’s going to be difficult for any country not to come out and condemn this.”

Biden has described the situation as a work in progress.

Shortly after Russia’s invasion began, Biden was asked if India is “fully in sync” with the U.S. on Russia.

He responded that “we’re in consultation” with India, adding that “we haven’t resolved that completely.”