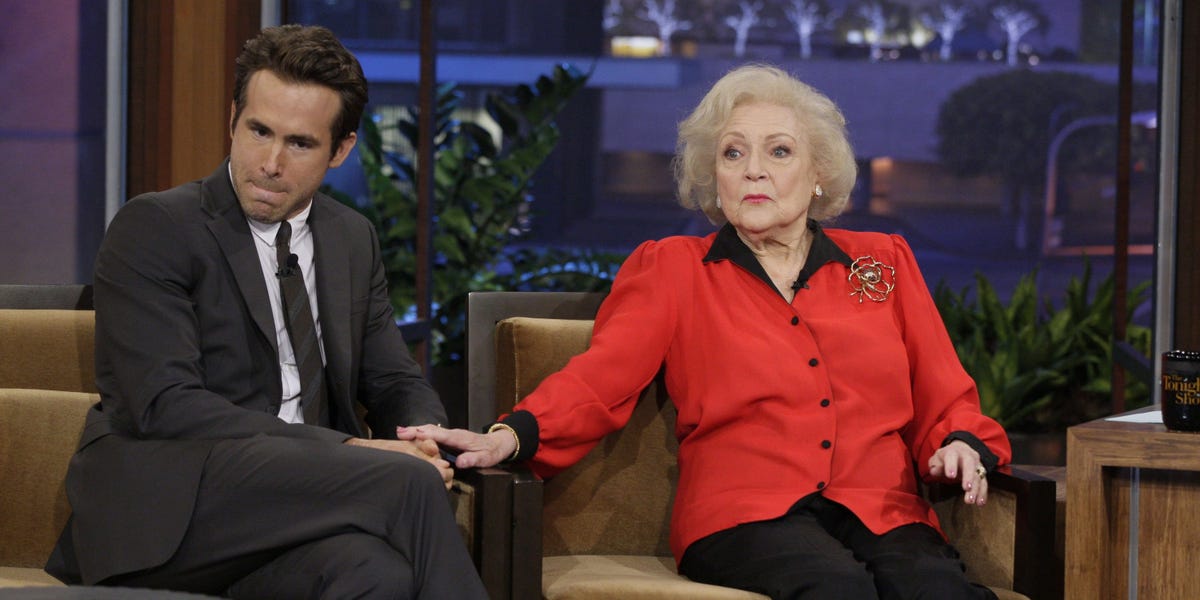 Since co-starring with Sandra Bullock in the 2009 movie “The Proposal,” Reynolds and White kept up a joke that he had a crush on her.

As part of the joke, Reynolds referred to White as his “ex-girlfriend.”

In an interview published by People magazine ahead of what would have been White’s 100th birthday, White said: “I’ve heard Ryan can’t get over his thing for me.”

But for her, she gibed, the 85-year-old Robert Redford was “The One.”

White had a lifesize cutout of the actor-director, a 99th birthday gift, that she greeted with the phrase “Hi, sweetheart” every time she passed it, the People story said.

Bullock was also in on the joke, her singing on White’s 98th birthday: “Happy birthday from Sandy,” and adding “who loves you more than Ryan.”

Speaking in People ahead of White’s passing, Reynolds called her “a typical Capricorn. Sleeps all day. Out all night boozing and snacking on men.”

Reynolds also praised her comedic chops, saying that “so many of the laughs” on the Golden Girls show came from “Betty simply looking at her castmates.”

“The world looks different now,” Reynolds wrote on Twitter. “She was great at defying expectation. She managed to grow very old and somehow, not old enough. We’ll miss you, Betty. Now you know the secret.”