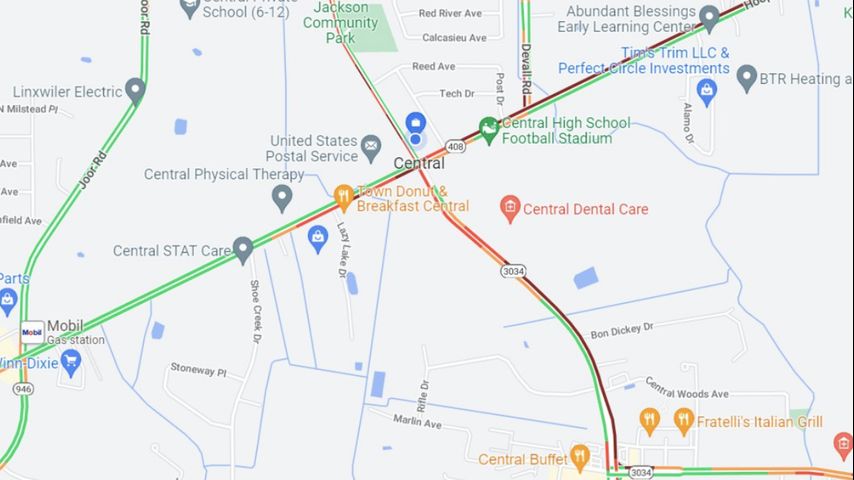 CENTRAL – A crash involving a school bus carrying students and an 18-wheeler left the truck’s trailer in a ditch and heavy traffic delays Tuesday morning.

Central Police Chief Roger Corcoran said that while no injuries were reported, delays piled up while tow trucks arrived to pull the bus from the road and the truck from the ditch.

Traffic around Sullivan and Hooper Roads was brought to a standstill, and Corcoran advised drivers to avoid the area and find a different route.