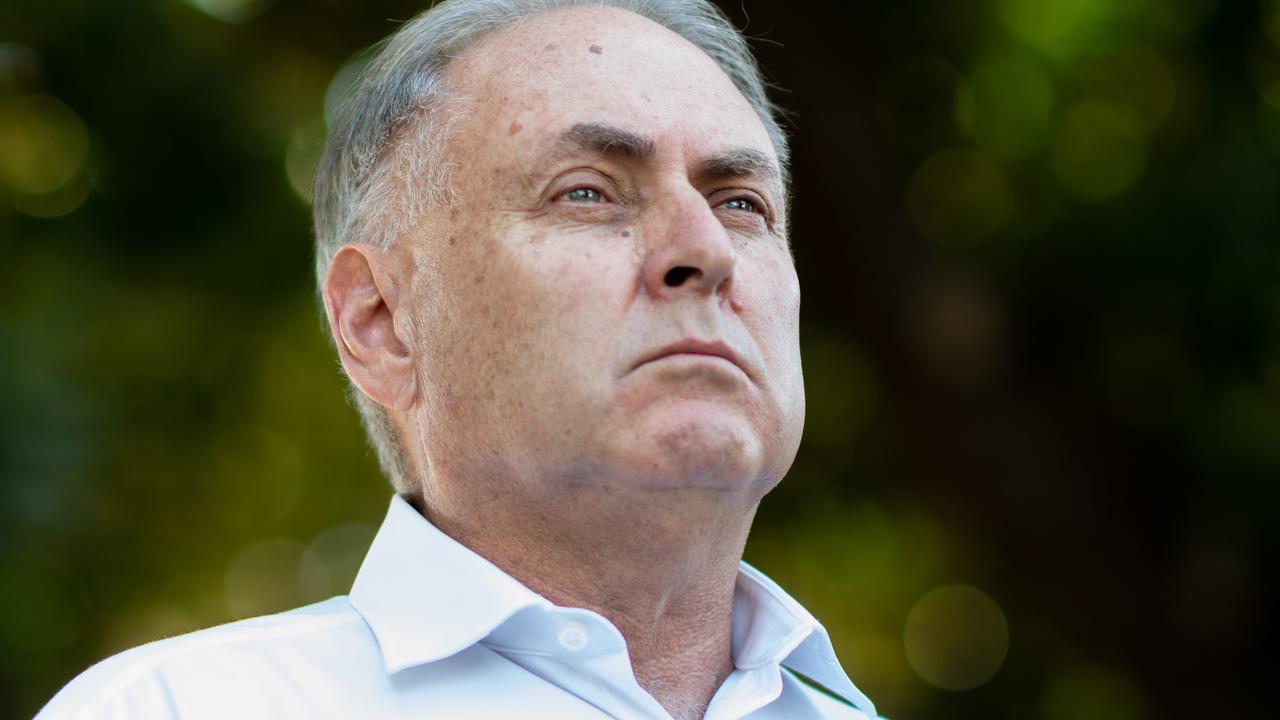 Veteran South Australian Senator Don Farrell has opened up about his secret battle in hospital with a “serious” Covid infection.

Veteran South Australian Senator Don Farrell is recovering at home after a secret battle in hospital with a “serious” Covid infection.

Despite being double vaccinated, the Labor Senator has revealed that the virus hit him much harder than he was initially prepared to share publicly.

After telling friends he was feeling OK after he first contracted the virus, things quickly took a turn for the worse and he was admitted to hospital.

During his 11-day ordeal in the Royal Adelaide Hospital he revealed that at one stage told he should prepare to be admitted to intensive care and required four litres of oxygen an hour to breathe.

“It takes a while to take hold of you, but once it does it grabs your lungs and squeezes the life out of you. You can’t breathe. That’s the terrible part of it,’’ he said.

“It’s a terrible disease if you get it the way I got it. Unfortunately because of my age and my diabetes I was in the more vulnerable category.”

He admitted many friends did not realise how sick he was because he didn’t want to worry them.

Senator Farrell said he urged adults to get their third dose — the booster shot — if they were eligible.

“Boosters are absolutely essential. I obviously had a serious case but it would have been much, much worse if I wasn’t vaccinated,’’ he said.

He believes he contracted the virus at a wedding in Melbourne and said his experience was a reminder to get your third dose and be cautious in your movements over Christmas.

After pleading with the doctors to release him to his home for Christmas, the father of three said he was delighted to confirm that he was now on the mend and was discharged on Thursday in time to see his two grandchildren.

Senator Farrell said he wanted to publicly thank the entire medical team at the Royal Adelaide including Dr David Shaw and all the doctors and nurses in the infectious diseases ward for their tireless work.

One of the keys to his recovery was the use of “proning” where patients are laid on their stomachs to allow them to breathe.

“You’re not going to believe this but breathing on your stomach makes such a difference. It’s called proning. And once I started proning I could breathe a lot easier,’’ he said.

“I was minutes away from being taken to the ICU at one point. I was on four litres of oxygen an hour. But they would have ramped that up in intensive care.”

Senator Farrell said if he had any advice for people over Christmas, he would urge Australians to get vaccinated and limit their movements.

“The thing I would tell them is: don’t get Covid. Just be really careful. Try and make safe decisions. You just need to think long and hard about where you’re going,” he said.

“I don’t want to turn this into something political. But the government has got to do whatever it can to beef up the vaccine rollout because that’s the only thing that will keep people safe.”