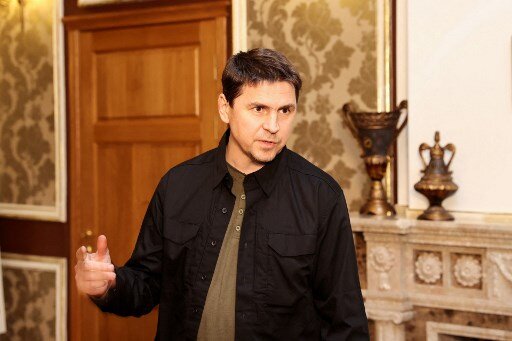 On March 18 a senior Ukrainian official attacked German Chancellor Olaf Scholtz’s recent comments that Russia’s invasion of Ukraine was the sole responsibility of Russian President Vladimir Putin, and not of the Russian people. Mykhaylo Podolyak, an adviser in Ukraine’s Presidential Administration, in a widely-reported Twitter comment said: “Chancellor Scholtz, trying to justify his indecisiveness, is suggesting we set average Russians and Putin apart, as authors of this war… In Europe this could become a trending lie. This is because officially 71 percent of Russians are categorically in favor of the war against us, and the mass murder of our citizens,” Podolyak wrote.

Scholtz said in a statement on March 16 that “It is absolutely unacceptable when people from Russia are insulted, abused or undergo physical attacks. Because this is Putin’s war. Only he is responsible for it.”

Podolyak charged comments followed statements by President Volodymyr Zelensky yesterday charging that if NATO, with all its military might is unable to place a no-fly zone over Ukraine to prevent the Russian Federation (RF) air force from bombing women and children in their homes, then the Alliance is not only useless, but complicit in those civilian deaths.

Western appeals to understand the Kremlin and the Russian people, in their war in Ukraine, sit poorly with the majority of Ukrainians. According to unofficial estimates more than 1,500 Ukrainian service personnel and at least 3,000 Ukrainian civilians have died since Russian forces began their mass invasion of Ukraine on Feb 24. Most Ukrainian television viewers and internet users have easy access to Russian Federation (RF) state media, which regularly calls for the elimination of the Ukrainian state.

The Red Cross and other international agencies have warned of an ongoing humanitarian disaster in Mariupol, an Azov Sea city Russian force have cut off for more than two weeks. Ukrainian forces are still defending the city, but civilians locked inside have no access to clean water, food, electricity, medical supplies, or heat. City officials say around 300,000 people are trapped in Mariupol.