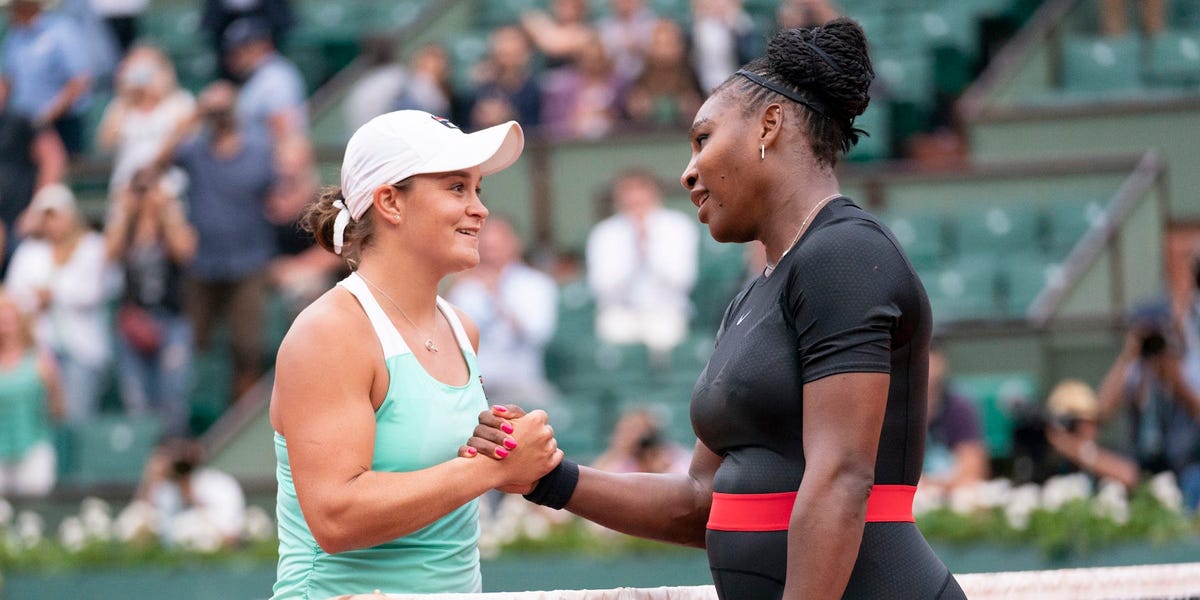 Ashleigh Barty scooped her first ever Australian Open title on Saturday as she beat American Danielle Collins in straight sets.

However it was only seven years ago that the world number one walked away from the sport with no hint that she’d ever come back.

After losing in the opening round of the 2014 US Open, Barty, then just 18 years old, announced she was taking “a break from professional tennis” and instead began pursuing a career in cricket.

“It was too much too quickly for me as I’ve been travelling from quite a young age,” she said at the time. “I wanted to experience life as a normal teenaged girl and have some normal experiences.”

Following just one successful season with two cricket teams, the Queensland Fire and the Brisbane Heat, however, Barty returned to tennis in early 2016.

Speaking with The Courier Mail, per 7News, the Australian’s former coach Jim Joyce revealed that it was a 2015 text from none other than tennis icon Serena Williams that inspired Barty to give tennis one more try.

“Ash was in a restaurant I think and Serena sent her a message saying, ‘You are too good a player to retire. You have to come back,'” Joyce said.

Williams’ comment about Barty has since been proven correct.

After winning her first ever Grand Slam title at the French Open in 2019, Barty went on to win Wimbledon in 2021 and then, of course, the Australian Open last month.

Her victory in Melbourne ended a 44-year drought for Australia, with the 25-year-old becoming the first Australian to win a singles title since 1978.

“This is a dream come true for me. I am so proud of being Aussie,” said the Queenslander after her historic victory.

“As an Aussie, the most important part of this tournament has been being able to share this experience with the fans. This crowd is one of the most fun I’ve played in front of.”

She added: “To be able to have this feeling and experience this a few times over, I just understand how fortunate I am to be able to experience that, because not many people get to do that,” said Barty.

“It’s just been an incredible journey over this past 20 years of hitting a tennis ball but particularly the last five or six years in this second phase of my career.”