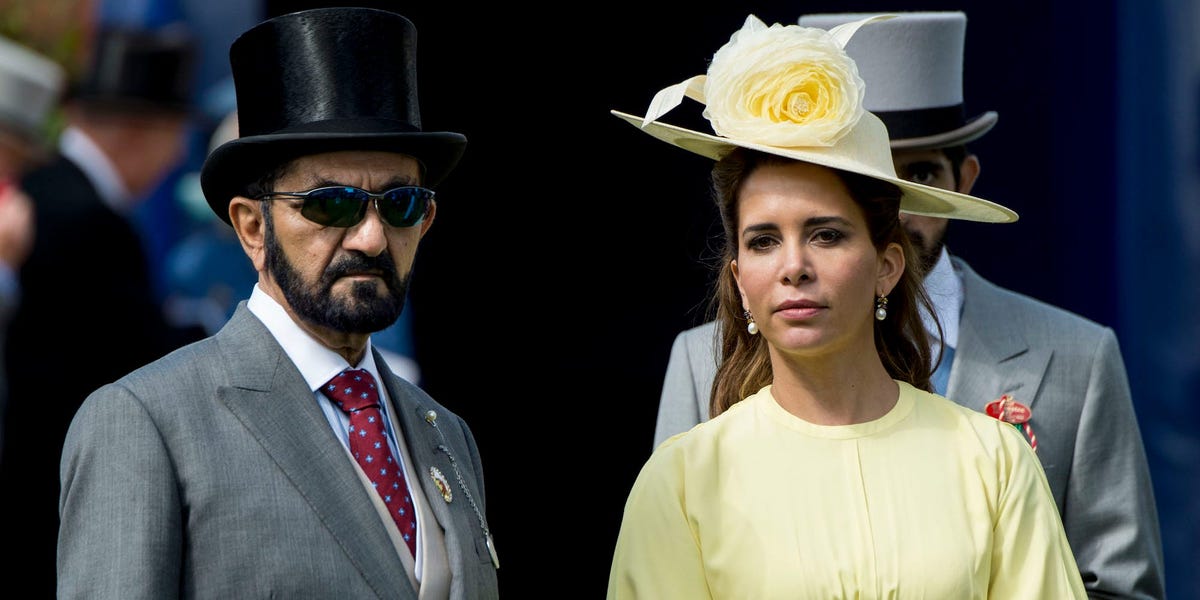 Haya and Sheikh Mohammed, the Emir of Dubai, separated in 2019 after he learned she was having an affair with her British bodyguard, Russell Flowers, the court heard during proceedings.

Haya herself fled to the UK that year with the two children she shared with the Sheikh, now aged 14 and 9, after leaning he had imprisoned one of his other children, Princess Latifa, because she tried to escape.

After Haya left, Sheikh Mohammed published a somber poem titled “Affection in Your Eyes” in which he wrote “we have an ailment that no medicine can cure.”

As part of the settlement, Justice Philip Moor ruled that Sheikh Mohammed must pay Haya £251 million ($332 million) within three months and that he must set up an education fund worth £3 million (£4 million) for the children.

The ruling by Justice Moor also laid bare the extent of the couple’s wealth and documented how Haya tried to bribe her own security staff to keep her affair secret from her husband.

In an attempt to stop her husband finding out about Flowers, Haya paid bribes to “blackmailers” in her own security staff who threatened to leak the affair to her husband, the judgment said.

To fund the payments, Haya took $9.3 million (£7 million) from the bank accounts of one of her children, the judgment said.

“I was scared and that was the money available in that account,” she previously told the court.

The names of her security staff who received the pay-offs were identified by the judge as Mr A, Mr B, and Mr C.

Mr A received $3.3 million (£2.5 million), while Mr B and Mr C shared $5.9 million (£4.5 million.) “These individuals had blackmailed HRH over an affair she had with one of these four people,” the judge wrote.

“Nobody should be blackmailed and HRH must have been very frightened at this point.”

The judgment also revealed the vast recesses of wealth that both parties had access to: