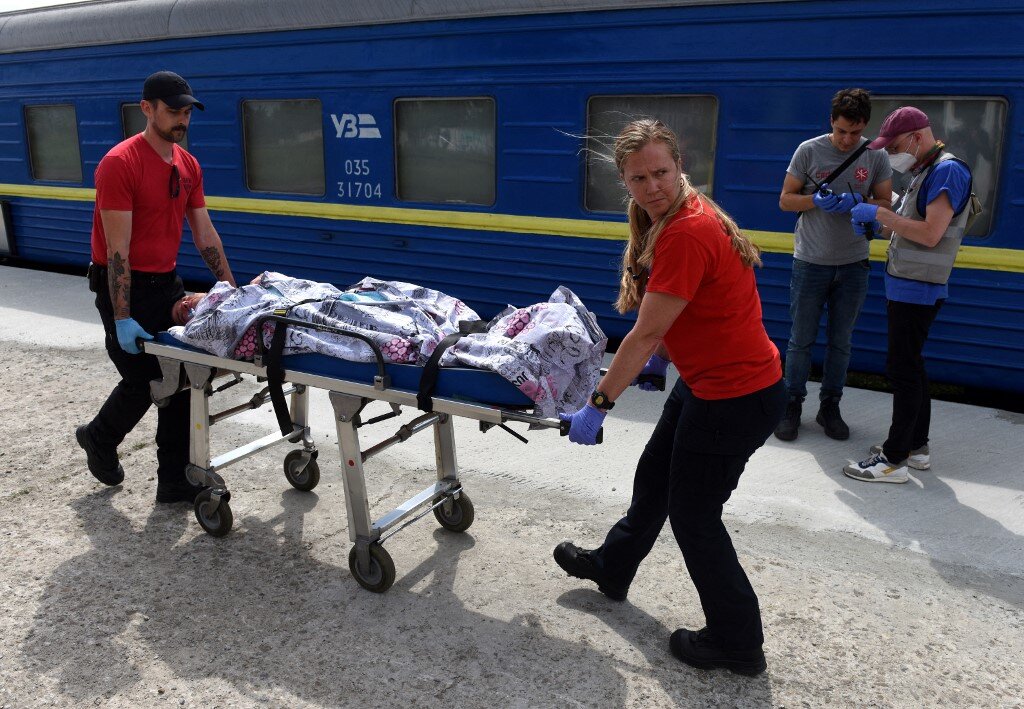 Doctors Without Borders (MSF) said medical data and patient accounts to its staff in Ukraine show a shocking lack of effort to spare and protect civilians caught up in hostilities.

The medical charity, which set up a hospital train in Ukraine following Russia’s invasion in February, said the patients and injuries it was seeing painted a grim picture.

“The war in Ukraine is being conducted with an outrageous lack of care to distinguish and protect civilians,” MSF said in a statement, pointing out that more than 40 percent of the wounded on the train were elderly people and children.

They came in with blast wounds, traumatic amputations, shrapnel and gunshot wounds, it said.

“This points to a lack of respect for civilian protection which is a serious violation of international humanitarian law.”

Between March 31 and June 6, MSF said it had medically evacuated 653 patients by train from war-affected areas in eastern Ukraine to hospitals in safer parts of the country.

During the 20- to 30-hour journey, many of the patients shared their experiences with the staff.

“Most patients we talked to when designating who is responsible for their injuries pointed at Russian and Russian-backed military forces,” MSF said.

The patients talked about civilians being shot while evacuating, indiscriminate bombing and shelling of residential areas and elderly people being brutalised.

“Our patients’ wounds and the stories they tell show unquestionably the shocking level of suffering the indiscriminate violence of this war is inflicting on civilians,” MSF’s emergency coordinator Christopher Stokes said in the statement.

He highlighted in particular that many of the patients were wounded during military strikes that hit civilian residential areas.

“Although we cannot specifically point to an intention to target civilians, the decision to use heavy weaponry en masse on densely populated areas means that civilians are inescapably, and are therefore knowingly, being killed and wounded,” he said.

MSF found that blast injuries caused 73 percent of the war-related trauma cases it handled, with 20 percent caused by shrapnel or gunshots and the rest by other violence incidents.

More than 10 percent of the war-trauma patients had lost at least one limb, with the youngest such patient just six years old.

MSF president Bertrand Draguez called on all armed groups to “respect international humanitarian law and abide by their obligations to protect civilians and civilian infrastructure.”

They are obliged under international law to “allow people to flee to safety, and allow for the safe and timely evacuation of the sick and wounded”, he said in the statement.