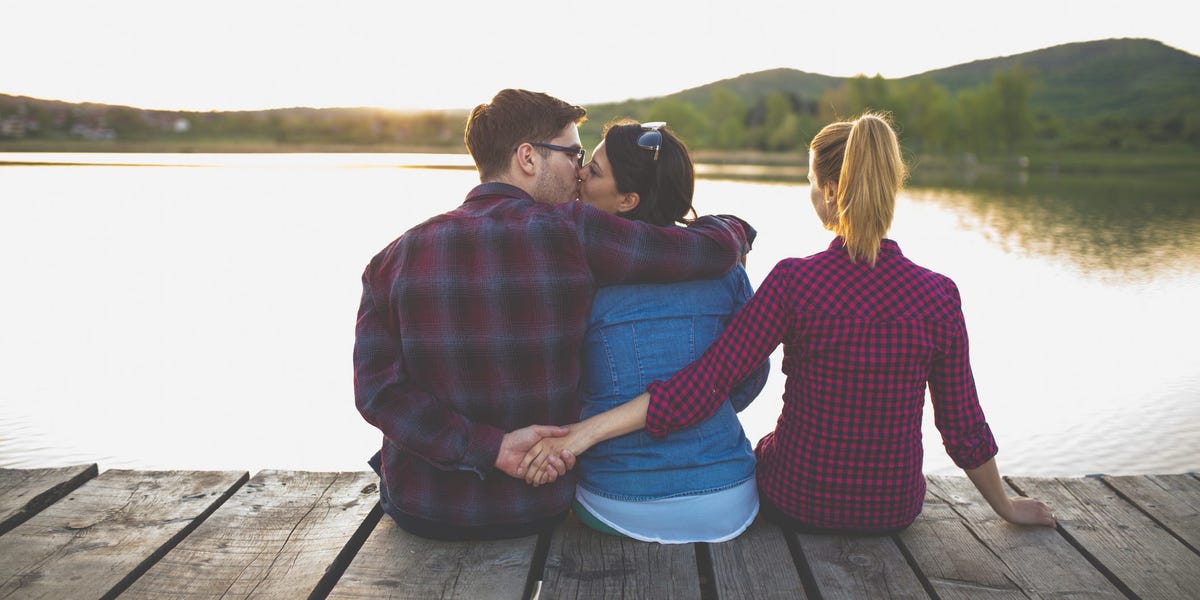 Most people have at least fantasized about non-monogamy — or, having an “open” relationship where they are intimate with other people — according to a recent study.

However, opening up to less conventional dynamics, including polyamory, is not right for everyone.

Here are two red flags that Perel looks out for, which tell her a couple is not ready for non-monogamy.

According to Perel, couples considering non-monogamy need to have a feeling of secure attachment in their relationship.

Secure attachment means a couple feels comfortable in their relationship and like they can fully trust their partner. In the context of non-monogamy, Perel said this means partners trust each other to be romantic or sexual with other people and not leave them.

You have other, unresolved problems in your relationship

Perel told Wachob it’s important for couples considering a non-monogamous dynamic to evaluate why they want to open their relationship.

If opening the relationship is meant as a solution to other problems, a couple may be using non-monogamy as a band-aid rather than addressing the problem head on, Perel said.

“That choice is s choice of values and lifestyle. It is not a solution to lack of desire, lack of intimacy,” Perel said. “It’s not a compensation. It’s an addition, it’s a compliment.”

There are a few exceptions to this rule. Perel says for partners who are ill, or no longer want to be intimate, non-monogamy can be a great way to address these problems.

However, if non-monogamy is being used to solve an insurmountable issue, this is a red flag.

“I’m talking about opening up because something fundamental is missing here,” Perel said.