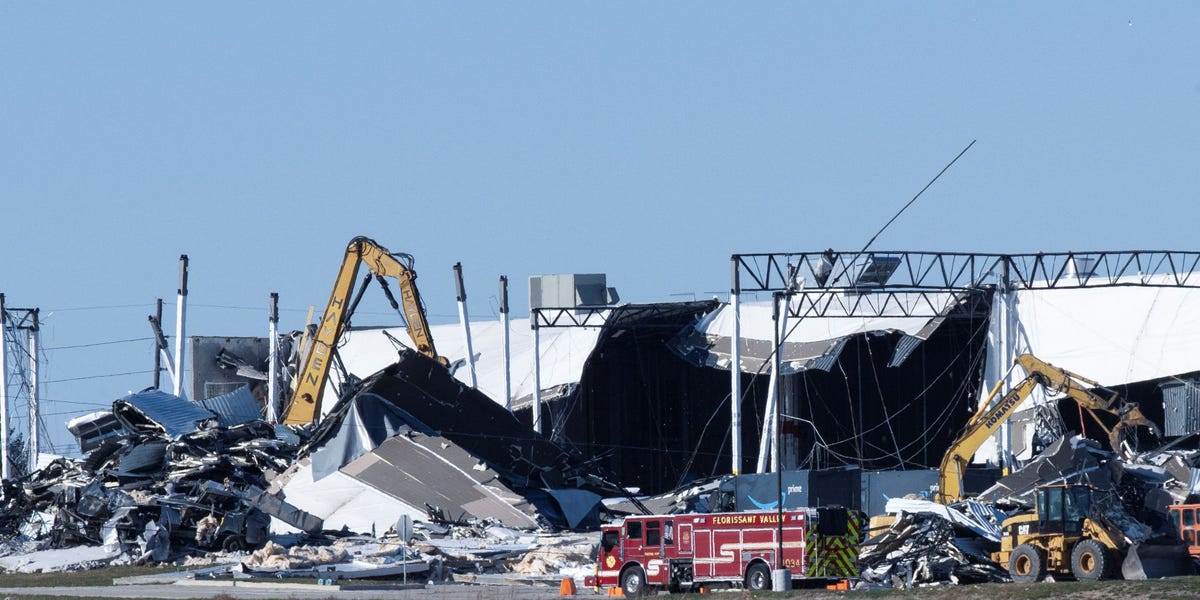 Illinois officials have identified the six victims of the Amazon warehouse collapse in Edwardsville that occurred as tornadoes and severe weather struck the area.

While recovery efforts are ongoing, there are “no additional reports of people missing” at this time, Edwardsville police said in a press release.

Deandre Morrow, whose friends called him Shaun, was from St. Louis, Missouri.

A friend on Facebook described Morrow as a “loyal friend” who brought “happiness and peace to everyone’s life he touched.”

Kevin Dickey of Carlyle, Illinois, was a dispatcher for Amazon, friends said on Facebook.

“Kevin was the best dispatcher who cared so much about his drivers. Kevin was the last person I talked to Thursday night. He thanked me for coming in my off day and helping the team out,” one person wrote on Facebook.

Clayton Cope, a 29-year-old from Alton, Illinois, was a US Navy veteran, CNN reported.

His mother, Carla, told CNN that he was “a really good kid” and was just a few weeks away from his 30th birthday.

“He loved to hang out with his friends,” Carla Cope told CNN. “He was big-hearted; he would do anything for anybody.”

Etheria Hebb was from St. Louis, Missouri. Family and friends posted tributes to her online.

“She was a new and dedicated mother, a naturally beautiful person from the heart all the way to her radient outer beauty,” Corece Smith, who said he was Etheria’s cousin, said on Facebook.

“She was an anchoring love in my life. A free dose of home that always worked. I know I meant something to her too,” Smith added.

Larry Virden was from Collinsville, Illinois.

His girlfriend, Cherie Jones, told Fox 2 that he was an Army veteran who started delivering for Amazon just a few months ago. The pair have three children together under age 12.

“He loved everybody and he’s going to be missed so much,” Jones told Fox 2.

“I will always love you daddy till we meet again,” Virden’s daughter, Justice, posted on Facebook.

“I had to tell my four-year-old daughter that her best friend wasn’t coming home,” said Justice told Fox 2.

At 26, Austin McEwen was the youngest victim of the warehouse collapse. McEwen was from Edwardsville.

Fox 2’s Amelia Mugavero reported that McEwen was an Amazon driver who was just about to finish his shift when the tornado struck.