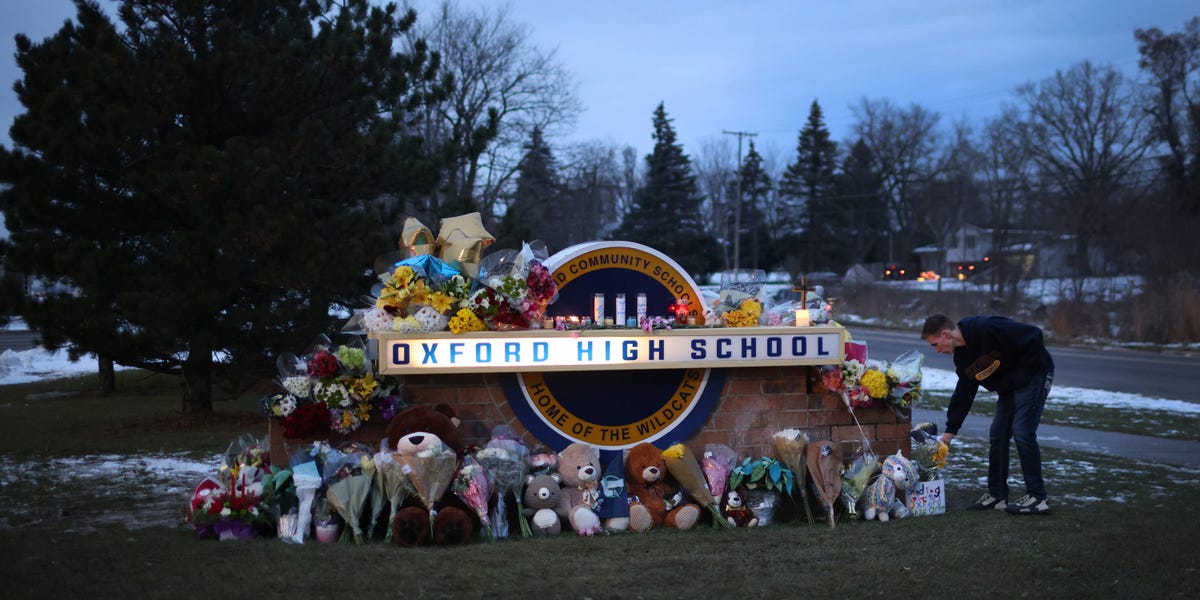 At least 60 schools in Michigan have closed temporarily due to a slew of threats of violence made in the wake of a shooting at Oxford High School that left four dead, according to Oakland County Sheriff Michael Bouchard.

Bouchard said at least 100 threats or threatening social media posts have emerged since the deadly shooting on Tuesday, including old misinformation that has been reshared on social media after the tragedy.

“We anticipated a flood of false threats. I don’t know what is in people’s minds to think after a real tragedy it makes sense to make threats,” he said in a Thursday press conference.

Bouchard said he and authorities would thoroughly investigate all threats made, and perpetrators would be “held fully accountable.”

School districts in the state announced closures on their webpages or social media accounts, most saying their decisions were made out of an “abundance of caution.”

One district, Bay City Public Schools, in northeast Michigan, posted on Facebook that it was made aware on Thursday evening of a threat of violence, which came via a viral “challenge” students posted. It did not share any further details.

Holly Area Schools, about 70 miles south of the Bay City area, said in a letter on its website that it would shut on Thursday and Friday because of multiple threats of a shooting in schools in the area, which were made on social media.

The school district took part in a joint investigation with the Holly Police Department and interviewed several students, uncovering “several second and third-hand reports from individuals sharing what they heard others say,” the letter said. They determined there was no credible threat but decided to close the school anyway, “out of an abundance of caution and due to the overwhelming outpouring of concern from our students, staff, and families.”

FBI Special Agent Tim Waters, who was engaged to assist in investigating the threats, spoke at the Oakland County press conference on Thursday, and said the agency is currently tracking 25 threats across the state, 13 of which were “fully mitigated” and determined as not credible.

“I have about 40 people in there working 24/7 right now to track down every single one of these threats,” he said.

He said this has been “the most challenging” period for him and his team throughout his 21 years of working in the area.

“There’s nothing more horrific than, you know, our children being at risk the way they were on Tuesday,” said Waters.