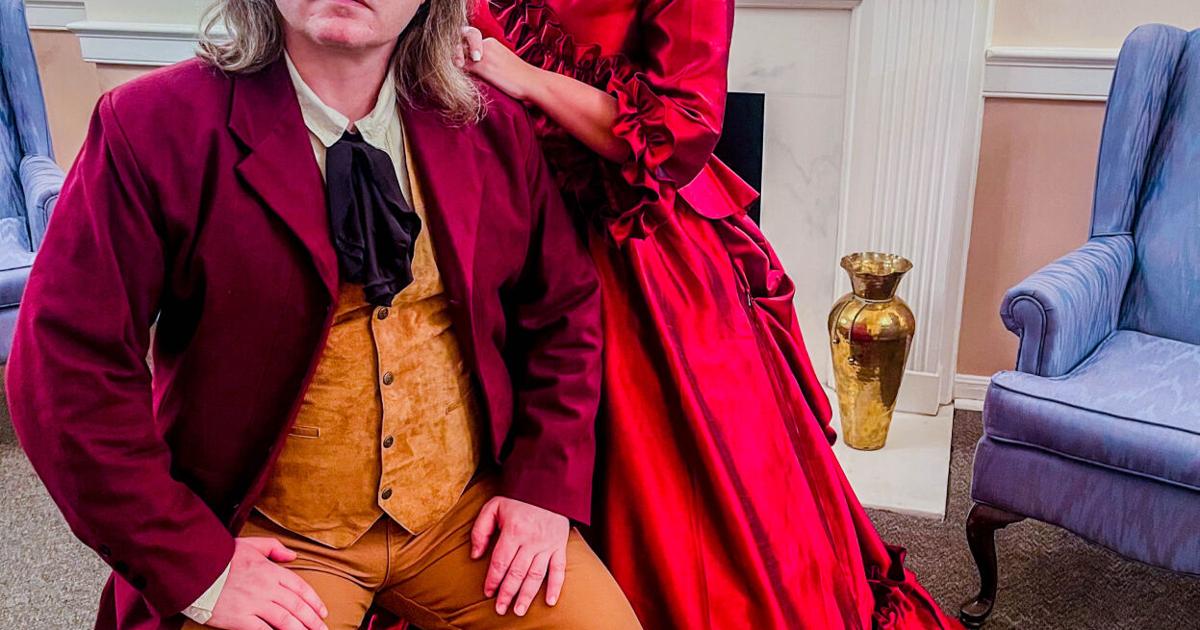 Romance is in the air at Opéra Louisiane.

And that season of romance has well passed when Hoffmann looks back on the loves of his life, a story that originally was to be staged in the Manship Theatre.

“We had to postpone it because of the coronavirus lockdown,” music director Michael Borowitz said. “That was in 2020, and the River Center Theatre was still being renovated.”

Now fast forward two years. The lockdowns are gone, and the River Center Theatre is officially opening, allowing Opéra Louisiane to stage a bigger production that will accommodate bigger audiences.

Now the only thing left to do is raise the curtain on young Hoffmann.

“And we’re finally going to do that,” Borowitz said. “We love the Manship Theatre. It’s a beautiful space, but the River Center allows us much more space for what we want to do, and we’re thrilled to be back.”

“The Tales of Hoffmann” was Offenbach’s final opera. It premiered on Feb. 10, 1881, at the Opéra-Comique, Paris, just four months after his death in October 1880.

Offenbach based his opera on three short stories by E.T.A. Hoffmann, who, of course, also is the story’s protagonist.

“Our concept for this wonderful collection of stories is a little different,” Borowitz said. “All of the stories take place during the 15th century, but we’ve decided to do a time-traveling version of them.”

Each of the stories has a different heroine, along with a different villain. Hoffmann is the glue that holds them together.

“The first story will be set in 1920s Bauhaus Germany,” Borowitz said. “Everything is very geometric in look, and a little nonhuman.”

The surreal, nonhuman theme is important here, because Hoffmann’s first romance fails because he learns his first lady love is actually a mechanical doll. Yes, there’s a little bit of the “Blade Runner” theme in this story.

“Our setting will be a sci-fi take on Hoffmann’s tale,” Borowitz said.

The opera then segues into the second tale, which takes on a “Bridgerton” theme.

“He falls in love with the daughter of a famous opera singer,” Borowitz said. “She also has a beautiful voice, but she has a weak heart, and if she sings too much, she will die.”

Rounding out the roster is Hoffmann’s third romance, this time with a courtesan in Venice who is in cahoots with a man who has the power to steal souls.

“She lures Hoffmann into her web and steals his soul,” Borowitz said.

So much for romance, but hey, the setting will be cool. Think “Mod Squad” or “Austin Powers.”

“It’ll be that kind of 1960s setting,” Borowitz said. “There will also be stage projections involved. We’re very excited because all of these settings have translated nicely in the River Center Theatre space.”

The production will feature internationally acclaimed tenor Kirk Dougherty as Hoffmann in all three stories and soprano Laura Leon as Olympia, Antonia, Giulietta and Stella, also spanning all three stories.

The opera will be performed in French with English subtitles projected above the stage. The production, sponsored by John G. Turner and Jerry G. Fischer, is directed by Margaret Jumonville and accompanied by a full orchestra directed by Borowitz.

And though the company is celebrating its return to the River Center, there will be a bittersweet ending to the production’s run.

“We’re losing our concertmistress, Kelly Smith Toney,” Borowitz. said. “She’s been with Opéra Louisiane since it was formed, and she’ll be moving this summer, so this is her final production with us. She’s been so great, and we’re sad to see her go.”

But she’ll definitely be there when Hoffmann begins his travel through time, which always seems to match him with the wrong woman — leaving him with stories to tell.

‘The Tales of Hoffmann’