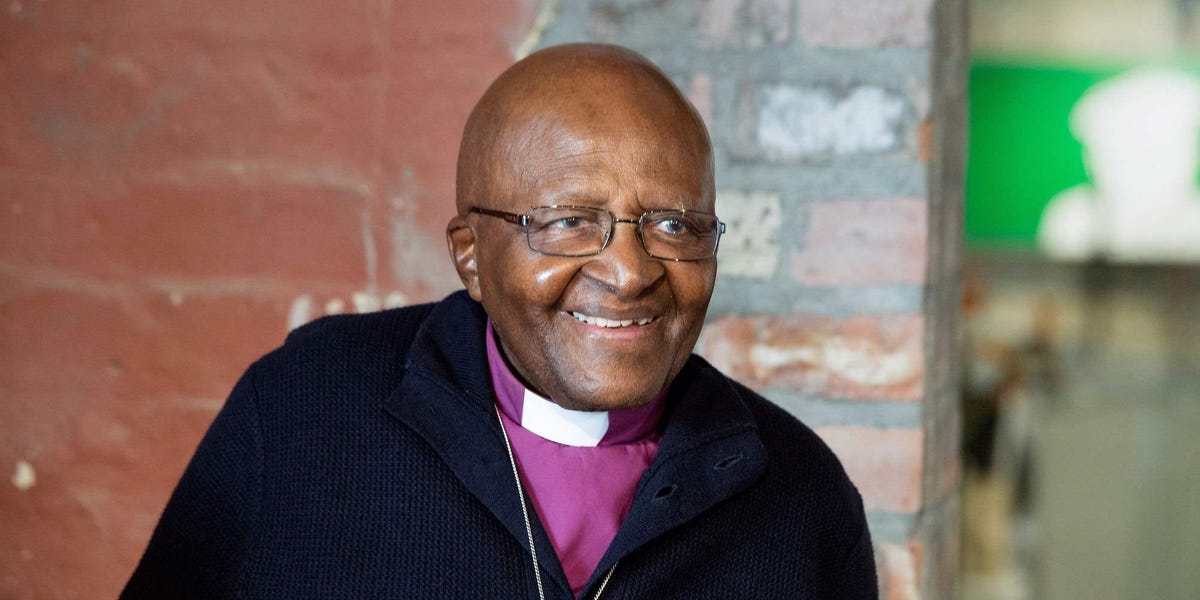 South Africa’s Archbishop Emeritus Desmond Tutu has died at the age of 90 on Sunday, December 26, the president of South Africa announced.

“The passing of Archbishop Emeritus Desmond Tutu is another chapter of bereavement in our nation’s farewell to a generation of outstanding South Africans who have bequeathed us a liberated South Africa,” President Cyril Ramaphosa said in a statement.

Tutu was awarded the Nobel Peace Prize in 1984 for his work towards ending apartheid.

Ramaphosa said Tutu was a “patriot without equal.”

“A man of extraordinary intellect, integrity, and invincibility against the forces of apartheid, he was also tender and vulnerable in his compassion for those who had suffered oppression, injustice, and violence under apartheid, and oppressed and downtrodden people around the world,” Ramaphosa said in a statement.

The Desmond and Leah Tutu Legacy Foundation said, “South Africa and the world have lost one of the great spirits and moral giants of our age.”

“Tutu was a living embodiment of faith in action, speaking boldly against racism, injustice, corruption, and oppression, not just in apartheid South Africa but wherever in the world he saw wrongdoing, especially when it impacted the most vulnerable and voiceless in society,” the Foundation said in a statement.

Tutu was diagnosed with prostate cancer in the late 1990s, Reuters reported. He had been hospitalized for infections tied to his cancer diagnosis in recent years the outlet reported.

In a statement to Reuters, Ramphela Mamphele, acting chairperson of the Archbishop Desmond Tutu IP Trust and co-ordinator of the Office of the Archbishop said Tutu died peacefully at the Oasis Frail Care Centre in Cape Town but did not specify the cause of death.

This is a breaking story. Check back for updates.