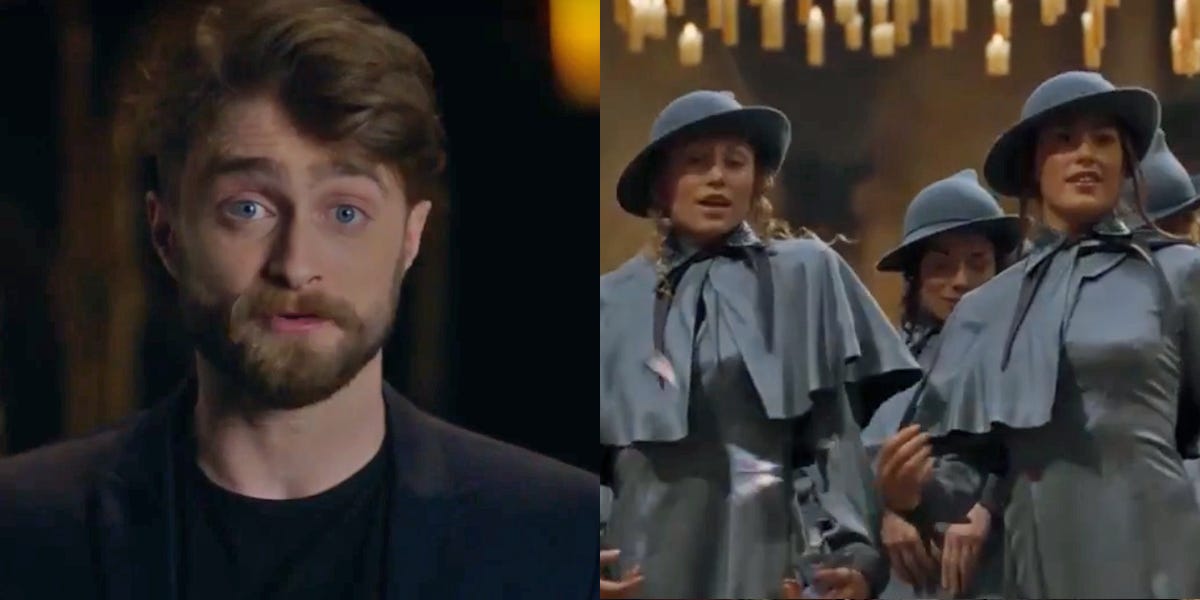 The stars of “Harry Potter” may have been playing skilled witches and wizards, but they didn’t stand a chance against the powers of teen hormones.

The cast recently reunited for HBO Max’s “Harry Potter 20th Anniversary: Return to Hogwarts” special, where they reminisced about memories from set.

Harry Potter actor Daniel Radcliffe and his costars reflected on what it was like to have their first crushes and relationships while filming the series.

Just like regular teens at school, there were plenty of budding crushes and relationships on set

Matthew Lewis, who played Neville Longbottom, explained that the relationships on set were just like the ones other people their age had.

“There was crushes, and people went out with each other and broke up, just like I used to do in school,” he said. “It was exactly the same environment, but it was just in a Defense Against the Dark Arts classroom.”

Radcliffe and Emma Watson, who played Hermione, were even giving each other dating advice behind the scenes.

“If she was texting a boy or I was texting a girl, I’d be like, ‘She sent me this many kisses back, what do I do? This is a nightmare,'” Radcliffe said.

But Watson labeled their own relationship as an “older brother, younger sister thing.” Watson has been open about the fact that she had a crush on Tom Felton, who played Draco Malfoy.

Radcliffe, on the other hand, seemed to have a not-so-secret crush on Helena Bonham Carter, who played Bellatrix Lestrange.

When he signed an autograph for her during the fifth film, he wrote, “I do love you, and I just wish I’d been born 10 years earlier, so I might have been within a chance.”

Bonnie Wright, who played Ginny Weasley, said “Harry Potter and the Goblet of Fire” was “all about teenagers having crushes for the first time,” as Hogwarts students were suddenly faced with looking for dates to the Yule Ball.

“They just mirrored all those kind of awkward phases you go through as a teenager,” she said. “And they really felt like that, too, because we were literally having the same experiences.”

“That film was probably peak hormone, at least for me,” Radcliffe added.

He also attributed the energy on set to the addition of the new cast members, who arrived to play students from Beauxbatons Academy of Magic and Durmstrang Institute.

“You had a bunch of like hormonal teenagers anyway, and then bring in two massive groups of new people — all of them purposefully hot for the film …” Radcliffe said. “It was all kicking off.”

The actor added, “It did not take a huge acting stretch for me to tap into my awkward, nerdy teenage side.”