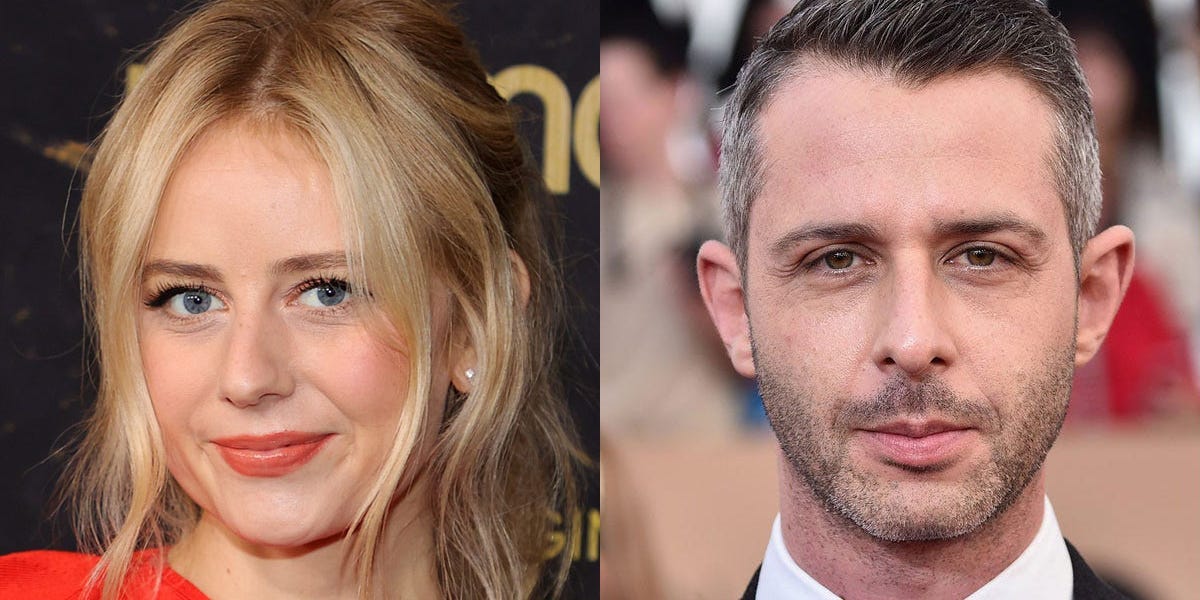 Journalist Michael Schulman’s article, titled “On ‘Succession,’ Jeremy Strong Doesn’t Get the Joke,” provides an extensive look into the immersive process Strong undertakes to get into character.

Originally published on December 5, it features commentary from several of Strong’s previous collaborators and “Succession” costars, including Brian Cox and Kieran Culkin.

Though Lupe was not featured in the New Yorker article, the 32-year-old actress told Insider that she read the piece and found Strong’s method to be “fascinating.”

She added that, in her opinion, the profile effectively captured the actor’s “relentless commitment” and “scrappiness in terms of getting into this industry.”

“I really do think he understands what it means to bang on the door and have someone let him in,” she said.

While Lupe’s “Succession” character, Willa Ferreyra, doesn’t share much screen time with Strong’s Kendall Roy, the actors have been close friends for over a decade.

Their paths first crossed when Strong watched Lupe perform in a play directed by the late actor Philip Seymour Hoffman. They officially met and became friends shortly after the actress moved to Los Angeles in her early 20s.

“Since then, he’s been there for some really important talks, just helping me find my way through growing up in this industry,” Lupe said.

She added that Strong introduced her to casting directors and once helped her land an audition for a movie directed by Paul Thomas Anderson, one of her “favorite directors.”

“He really did take me under his wing,” Lupe said.

In the New Yorker article, Strong admitted that he didn’t know “how popular” his way of working is amongst the rest of the “Succession” cast.

Culkin, who plays Roman Roy, told Schulman that while Strong’s process might “help him,” it “doesn’t help me.” And Cox, the Roy family patriarch Logan, described the actor as “intense.”

Lupe said she found both Culkin and Cox’s input interesting, as well. “I respect what they had to say about it too,” she told Insider.

After the profile was published, several celebrities felt Schulman’s portrait of Strong was unrepresentative of his character and rallied in support of the Emmy winner.

Jessica Chastain, who worked with Strong on “Zero Dark Thirty” and “Molly’s Game,” criticized the piece as “incredibly one-sided.”

She also shared a statement from director Aaron Sorkin, who participated in the article after collaborating with Strong in “Molly’s Game” and “Trial of the Chicago 7,” saying Schulman’s article presented a “distorted picture” of the actor.

And Anne Hathaway, Strong’s costar in “Serenity” and “Armageddon Time,” hailed the actor as an “incredibly talented and inventive artist.”

The New Yorker responded to the controversy surrounding the work in a statement released to Deadline.

“This is a nuanced, multi-sided portrait of an extremely dedicated actor. It has inspired a range of reactions from people, including many who say that they are even more impressed by Jeremy Strong’s artistry after having read the article,” a spokesperson for the publication said.

Season three of “Succession” is currently available to stream on HBO Max.