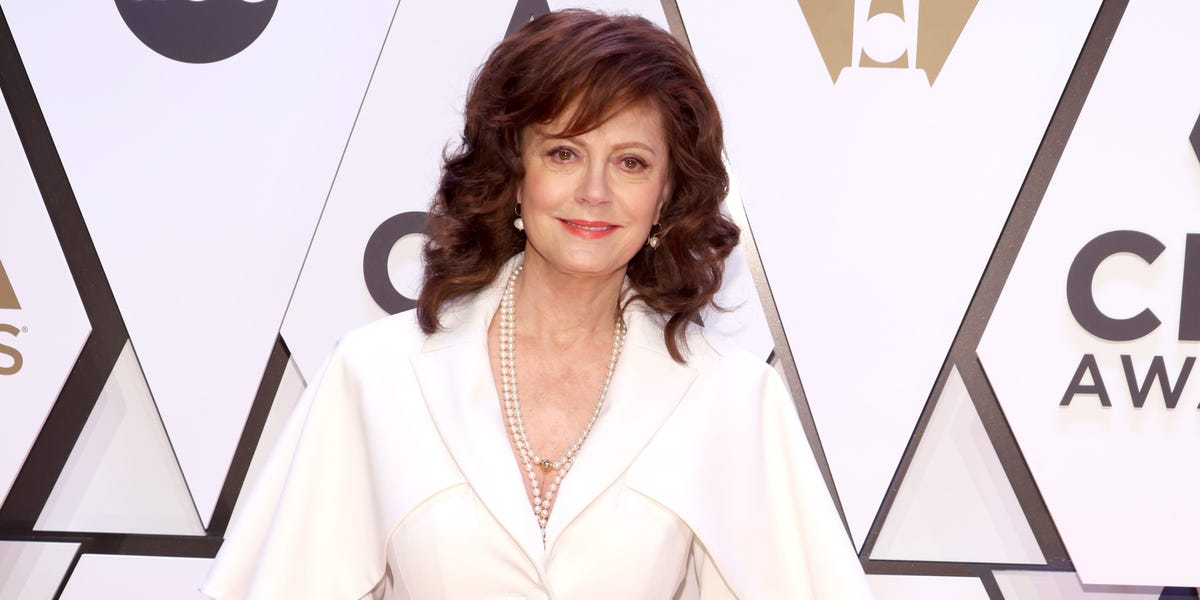 Susan Sarandon apologized to the families of two dead NYPD officers after sharing an image on Twitter that compared a funeral procession for deceased NYPD officer Jason Rivera to “fascism.”

The tweet from Sarandon, which was posted on February 1 and has since been deleted, featured a screenshot of a January 29 tweet from independent journalist Danny Haiphong, which contained an image of a police procession in New York City, including a parade of officers, police cars, and motorbikes lit in red and blue.

The caption on Haiphong’s original tweet, which was still up at the time of writing, reads, “I’m gonna tell my kids this is what fascism looks like.”

Sarandon, who has tweeted before about being in favor of defunding the police, reposted Haiphong’s tweet, along with an image-overlay caption that reads, “So, if all these cops weren’t needed for CRIME that day, doesn’t that mean they aren’t needed ANY day?” The image also included a hashtag that read #abolishthepolice.

It’s unclear if Sarandon herself added both the hashtag and additional text overlaying Haiphong’s tweet. The image in the tweet appears to be a screenshot of an Instagram story, although it’s also unclear if it was originally posted on Sarandon’s Instagram account.

“I deeply regret the meme I recently shared on Twitter that included a photo of Officer Jason Rivera’s funeral,” the statement reads. “I reacted quickly to the picture without connecting it to a police funeral and I realize now how insensitive and deeply disrespectful it was to make that point at that time. I sincerely apologize to the family of Officers Rivera and Mora for causing additional pain during their time of grieving.”

Fox News reported that the procession depicted in Haiphong’s original tweet was to pay respects to deceased NYPD Detective Jason Rivera. As Insider previously reported, Rivera, 22, was shot dead on January 21 while responding to a call about a family dispute in Harlem. Another officer, Wilbert Mora, 27, was critically injured during the shooting and later died, the New York Times reported.

According to the New York Times, thousands of police officers gathered on January 28 at St. Patrick’s Cathedral to honor Rivera. The funeral also drew officers from outside of New York City from locations, including New Hampshire, Virginia, and the United Arab Emirates, per the Times.

Sarandon’s tweet drew criticism on Twitter, including from several police unions, like the Police Benevolent Association of the City of New York, which is the largest police union representing NYPD officers.

The organization’s official Twitter account wrote in a tweet that Sarandon was “mocking heroes & making light of the crisis that cops are battling alongside our communities.”

The National Fraternal Order of Police, the largest police union in the United States, also condemned Sarandon’s post, writing on Twitter, “Of all the days for @SusanSarandon to share her true feelings towards police, she picks the day we bury our fallen brother to make such inflammatory & brainless comments.”

Other celebrities have spoken out in favor of defunding the police, particularly in the wake of George Floyd’s murder in May 2020. In June of that year, celebrities including Lizzo, John Legend, Jane Fonda, Taraji P. Henson, Natalie Portman, and The Weeknd signed an open letter from The Movement for Black Lives urging state and local governments to defund the police in favor of diverting funds towards neighborhood infrastructure, childcare, education, and other causes to “support a vibrant Black future,” Insider previously reported.

“Since this tweet went viral, I’ve received racist, transphobic, and other disparaging DMs wishing harm upon me. My tweet merely expressed what many already understand across the United States: that the police act as an unaccountable and over-funded armed body that kills over 1,000 people per year, many being Black people and people of color,” Haiphong told Insider in a message.

“The police also receive millions in Pentagon weapons per year. Neither myself nor Susan Sarandon are the problem here. The problem is a system that gives police departments such an incredible amount of political influence,” Haiphong said.

“The NYPD funeral was a blatant display of what a police state looks like. It was used to spin a narrative that the police as a whole are victims under increased threat and therefore have the right to block traffic and gather maskless en masse in the middle of a pandemic. The facts are the facts, and they indicate a police-state in dire need of change,” Haiphong told Insider.