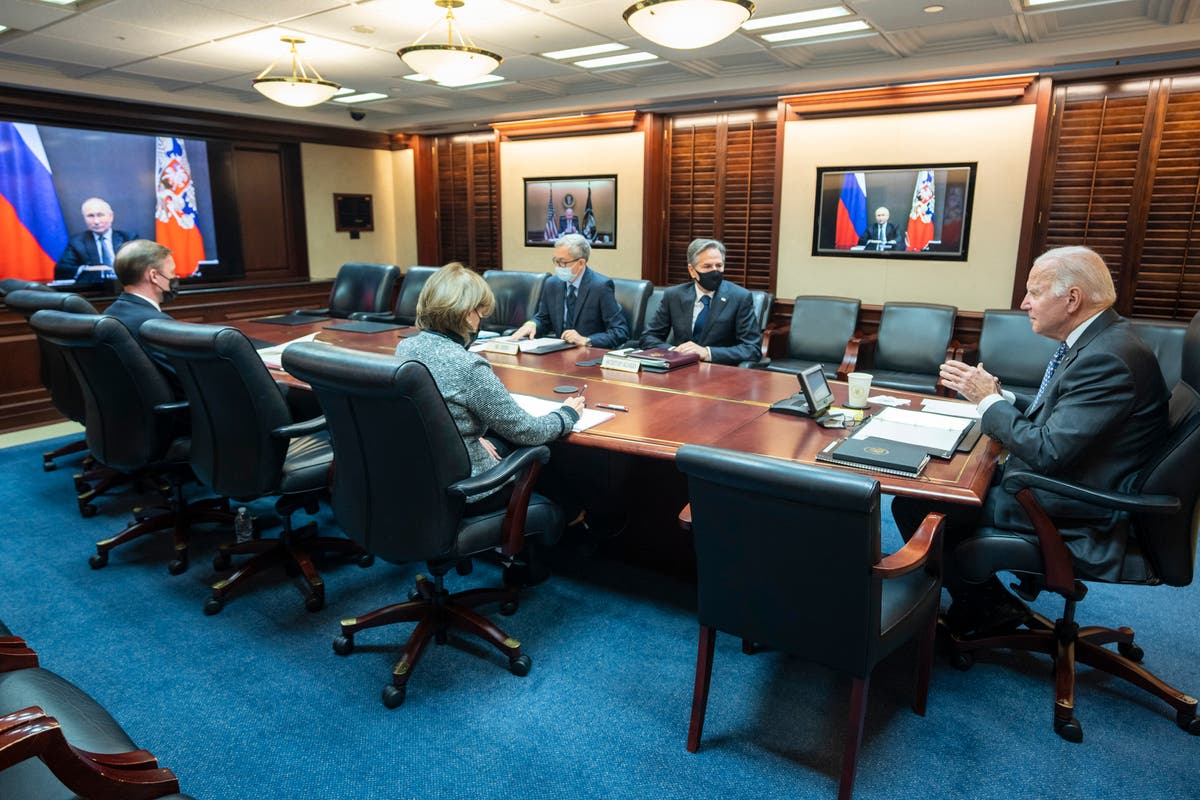 President Joe Biden said this week the U.S. would take a more direct role in diplomacy to address Vladimir Putin s concerns over Ukraine and Europe at large, part of a broader effort to dissuade the Russian leader from ordering a destabilizing new invasion of Ukraine.

But any negotiations to peacefully resolve Europe’s tangled East-West rivalries will present minefields all their own for the U.S. president.

Administration officials have suggested that the U.S. will press Ukraine to formally cede a measure of autonomy to eastern Ukrainian lands now controlled by Russia-backed separatists who rose up against Kyiv in 2014. An undefined “special status” for those areas was laid out in an ambiguous, European-brokered peace deal in 2015, but it has never taken hold.

Biden also will have to finesse Ukraine’s desire to join NATO. The U.S. and NATO reject Putin’s demands that they swear off membership for Ukraine in the Western military alliance, ever.

But senior State Department officials have told Ukraine that NATO membership is unlikely to be approved in the next decade, according to a person familiar with those private talks who spoke on condition of anonymity.

For Biden, the challenge will be encouraging Kyiv to accept some of the facts on the ground in eastern Ukraine, without appearing to cave to Putin — a perception that could embolden the Russian leader and unleash a fresh line of condemnations by Republicans while Biden’s popularity is already in decline.

Ukraine may be asked “can you make some step forward on these areas,” said Steven Pifer, a former U.S. ambassador to Ukraine. That could include measures such as allowing the Russia-allied Donbas region to control its own health care, police and schools, he said.

“But I don’t see Washington pushing the Ukrainians to take steps that would compromise their sovereignty or the ability of the national government when it came to making decisions,” Pifer said.

Biden made his offers of American diplomacy as part of a two-hour online session with Putin on Tuesday. The American president offered U.S. participation in negotiation efforts alongside Europeans, not just to settle the conflict in eastern Ukraine but to address Putin’s larger strategic objections to NATO expanding membership and building military capacity ever closer to Russia’s borders.

On Thursday, Biden is due to speak to Ukrainian President Volodymyr Zelenskyy.

Ukraine, which has deep cultural and historic ties with Russia, has in recent years sought closer integration with the West and membership in NATO. The alliance has held out the promise of membership but it has declined to set a timeline. Even before the current crisis, Ukraine was a long way from joining.

Since 2014, however, when Russia invaded and annexed Crimea and then threw its weight behind the armed separatists in Ukraine’s eastern Donbas region, the United States and other NATO members have been helping Ukraine build up its defenses.

National security adviser Jake Sullivan stressed at a White House briefing after Biden’s call with Putin that “there was the delivery of defensive assistance to Ukraine just very recently, and that will continue.”

Pentagon press secretary John Kirby said Wednesday that the last items in the administration’s latest $60 million package of security assistance to Ukraine are arriving there this week and consist mainly of small arms and ammunition.

The call between Biden and Putin took place as tensions grew over the threat of Russian forces again rolling into Ukraine. Putin denies any such intention and charges that it is NATO strengthening its hold in former Soviet republics that is threatening Russia.

U.S. intelligence reports last week said Russia had moved 70,000 troops to Ukraine’s borders as it builds toward a possible invasion early next year.

If Russia were to invade, the Biden administration has made clear the country would face the toughest U.S. sanctions yet.

After speaking with Zelenskyy, Biden plans to brief leaders of nine NATO members in Eastern Europe including three former Soviet republics. It’s part of weeks of coordination with NATO allies on the response to the Russian military buildup on Ukraine’s border.

Before and after his call with Putin, Biden spoke with the leaders of Britain, France, Germany and Italy. France and Germany took the lead in brokering the 2015 peace deal between Ukraine and the Russia-backed rebels, in what’s known as the Normandy format.

“We hope by Friday we’re gonna be able to say, announce to you, we’re having meetings at a higher level,” Biden said Wednesday. “Not just with us, but with at least four of our major NATO allies, and Russia.”

The meetings would address “the future of Russia’s concern relative to NATO writ large, and whether or not we could work out any accommodations as it relates to bringing down the temperature” in Ukraine’s east,” Biden said.

Asked about any need for Ukrainian compromises, Sullivan told reporters Tuesday that “Ukrainians have come forward with constructive ideas for how to move the diplomacy forward. We’re encouraging that.”

Under the 2015 deal, Ukraine agreed to change its constitution to accommodate the “peculiarities” of the two Donbas separatist republics and to legalize their “special status.” Some analysts said the deal’s vagueness, and some conflicting requirements, make its provisions effectively unworkable.

Ukraine is willing to engage in talks on defining “special status,” including possible changes that account for the cultural and linguistic differences of its eastern Donbas region, which has a higher proportion of native Russian speakers, the person familiar with the private talks between Ukraine and the United States said.

But Ukraine would reject any change that gives the region virtual veto power over national policy, the person said.

Alexander Vershbow, a former U.S. ambassador to Moscow, said a reinvigoration of previous negotiating efforts among diplomats from France, Germany, Russia and Ukraine could be a step forward, particularly if the U.S. became directly involved.

In an interview prior to the Biden-Putin video meeting, Vershbow said another option would be to recreate the U.S.-Russia channel of talks used during the Obama administration in parallel with those talks.

“It has to be very much in lockstep with the Ukrainians — not behind their backs, or forcing them to accept a distasteful compromise,” Vershbow said.