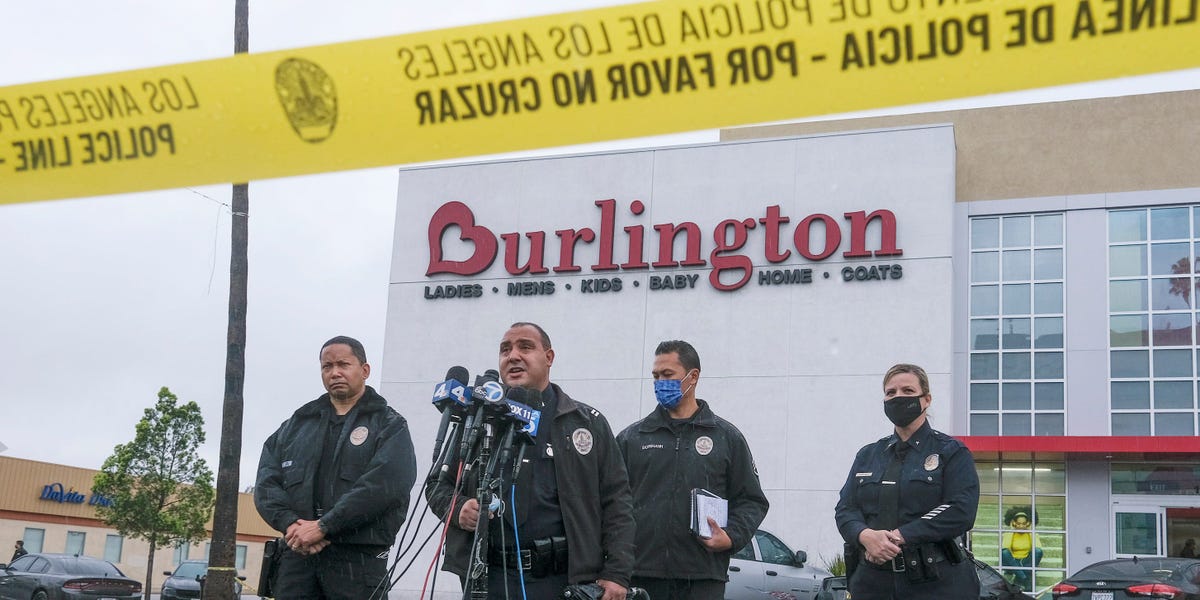 The 14-year-old girl who was fatally shot by Los Angeles police inside a Burlington store’s changing room on Thursday had been trying on dresses for a quinceañera, the Los Angeles Times reported, citing a source within the Los Angeles Police Department.

LA police shot and killed the girl while opening fire on a male suspect inside the North Hollywood store. The suspect was also killed.

The officers were responding to reports of an assault with a deadly weapon. Upon arriving, they saw the male suspect “in the process of assaulting another person,” LAPD Officer Drake Madison previously told Insider.

An officer found the girl inside a changing room while searching the store for additional suspects or victims, the LAPD said in a Thursday statement.

LAPD Chief Michel Moore told the LA Times that surveillance footage appeared to show that the girl was in the changing room with her mother when police shot her.

“We have a young girl who was in a dressing room behind a wall that my understanding was in the path of where the officer fired,” Moore told the newspaper.

“This is a devastating and tragic circumstance, and it occurred during the actions of one of our officers,” he continued.

The changing room that the girl was in was located behind a wall, which was “out of the officers’ view,” the Thursday LAPD statement said.

LAPD Assistant Chief Dominic Choi told a press conference that officers couldn’t see into the dressing rooms, and “it just looks like a straight wall of drywall.”

Edwin Arroyo, a supervisor with Nancy’s Cleaning Services who tidied up the scene, told the LA Times that in the dressing room he found, “blood smeared on a wall, on a cream colored dress left on a hanger, and more than a dozen other items.”

Police said the suspect had a bike chain or lock that he was possibly using as a weapon, but that he didn’t have a gun on him.

Another woman, believed to be the assault victim, was pictured being put into an ambulance with a bloodied face. Police said the woman had moderate to severe injuries and was being treated at a local hospital.