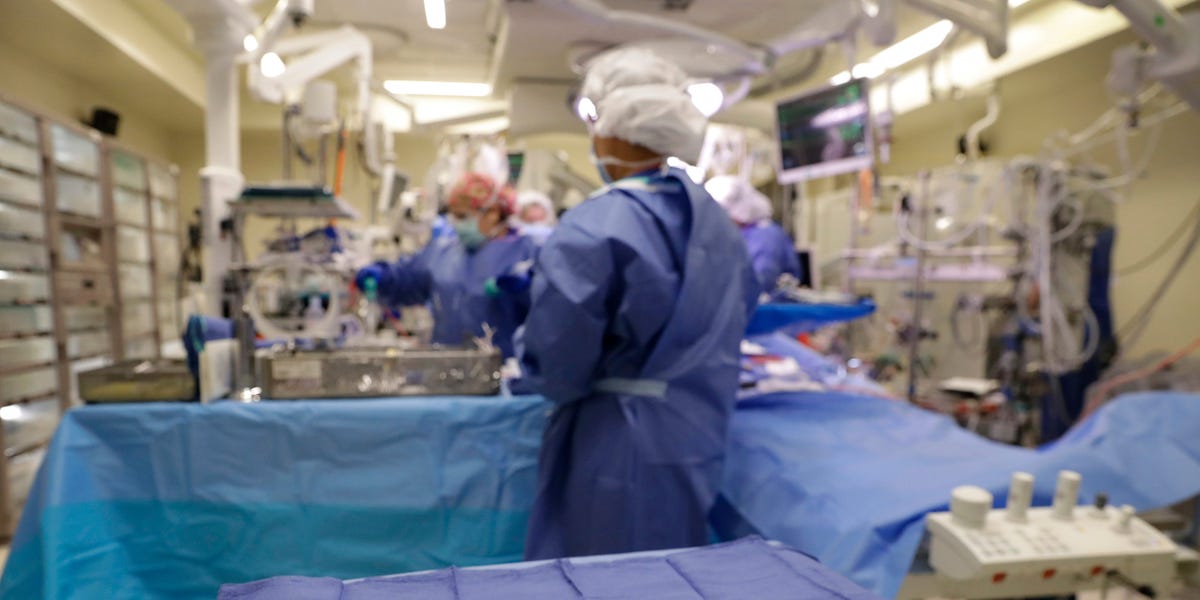 A jury on October 19 found a Texas nurse guilty of capital murder for injecting air into the arteries of four heart surgery patients. On Wednesday, he was sentenced to death.

At trial, the defense team for William George Davis argued he was just a nurse who was in the wrong place at the wrong time, according to The Associated Press. Prosecutors described Davis to the jury as a serial killer.

“It turns out a hospital is the perfect place for a serial killer to hide,” prosecutor Jacob Putman told the jury, as quoted by the AP.

Prosecutors said that in 2017 and 2018, Davis injected air into the arteries of John Lafferty, Ronald Clark, Christopher Greenway, and Joseph Kalina after they underwent heart surgery at Christus Trinity Mother Frances Hospital in Tyler, Texas, the AP reported. All four patients experienced unexplained neurological problems after their surgeries, which resulted in their deaths.

Davis’s defense argued that the hospital was using him as a scapegoat for patient deaths, based on the testimony of University of Texas Health Tyler emergency physician Dr. John Schnell, according to the Tyler Morning Telegraph. Schnell testified that it was anatomically impossible for air to flow against blood.

Dallas area pulmonologist Dr. William Yarbrough testified for the prosecution that he was able to observe arterial damage in the brains of the four victims on brain scans, something he said he has never seen before in his practice, the AP reported.

According to Yarbrough, it would be impossible to determine blood pressure problems or any other cause of death for the victims other than the injection of air into their arteries.

The jury handed down the death sentence later that day, about eight days after the conviction, The New York Times reported.

Prosecutors presented a recording of a call between Davis and his ex-wife to argue in favor of the death penalty, The Times reported. On the call, which was made from a jail phone, Davis told his ex-wife he was only trying to keep the patients in the ICU longer to get overtime, and that their deaths were not intentional.

“Even if that were true and that he somehow was trying to prolong their illness, for someone to do that — kill their patient and then try again,” Jacob Putman, district attorney for Smith County, said in a news conference, “you have to be the kind of person who has no empathy, who does not care for another person, who is unconcerned with their well being, who feels no guilt.”

Davis’ death sentence will be automatically appealed, according to The Times.