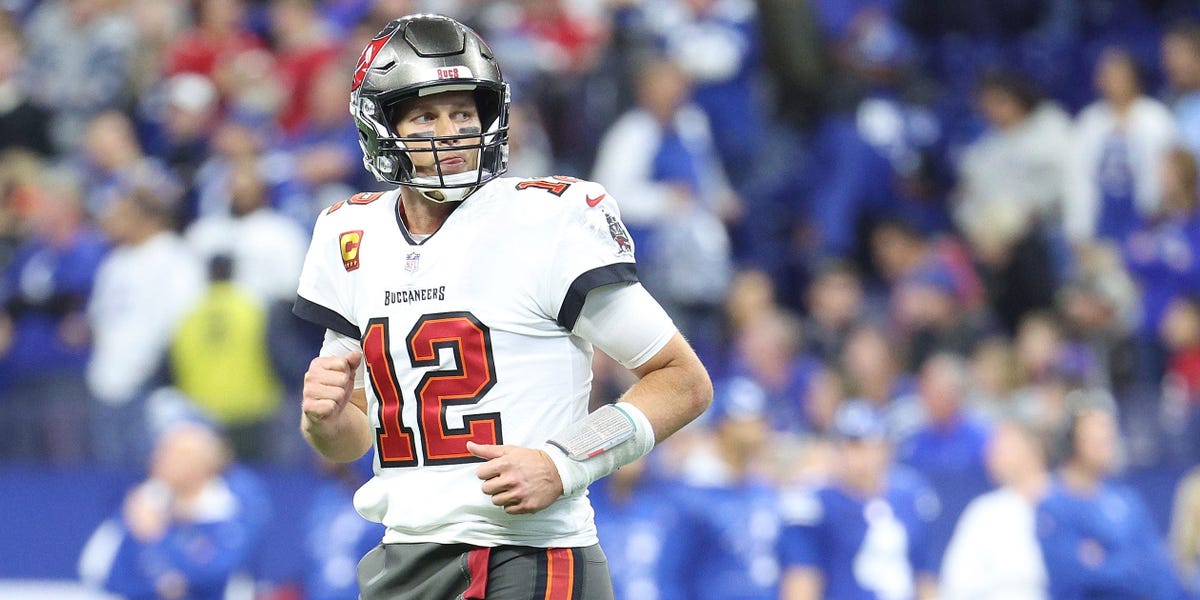 One thing to know: Cooper Kupp is having one of the greatest seasons a wide receiver has had in recent memory. He's cleared 90 receiving yards in all but one game this year and leads the NFL in receptions, receiving yards, and receiving touchdowns. His 113 yards per game is best in the league by 13. That said, a receiver has never won the award. The chances are that Kupp will be awarded Offensive Player of the Year, and that will be that. Still, given the addition of a 17th game this season, Kupp has a chance to set some records if he stays hot.

One thing to know: The 2019 NFL MVP still has a chance to win his second trophy, but it's going to be an uphill climb. Lamar Jackson is a one-of-one dual-threat talent amongst NFL quarterbacks. Still, he's struggled with some turnovers this year as more and more of the Ravens' offensive production has fallen on his shoulders due to injuries throughout the rest of the roster. Jackson and Baltimore would both need extremely stellar finishes to the year to leap into true contention.

One thing to know: Justin Herbert might be on the outside looking in at the MVP race this year, but he's got the makings of an MVP season. When Herbert is hot, he is scorching. He's thrown for at least three touchdowns in five games already this year, and has cleared 300 yards passing seven times. If the Chargers make a late charge up the AFC standings, Herbert could make a similar charge up the MVP leaderboard.

One thing to know: After Derrick Henry went down with a likely season-ending injury, it looked as though the MVP race would once again be fought solely amongst quarterbacks. While that's still mostly true, Jonathan Taylor has made a significant case for himself in recent weeks. Taylor is the heart of the Colts offense, and over his past five games, he has averaged 140 rushing yards and more than two touchdowns per game. It's a breakneck pace, but if he can keep it going and will the Colts into the playoffs, he'll be in the conversation.

One thing to know: Matthew Stafford and the Rams' hot start has cooled off a bit, but there's still time left to get hot again. Stafford has one thing many potential MVP candidates lack: narrative. After years wasting away with the Detroit Lions, Stafford's new union with the Rams gives voters something to attach to while considering who they will name MVP. Still, he'll likely have to find a way to shoot the Rams past the Cardinals in the NFC West standings before he can win his first MVP trophy.

One thing to know: Patrick Mahomes has not looked as sharp as Patrick Mahomes looks typically through much of the 2021 season, but he's still Patrick Mahomes. Few players are worthy of more trust in their ability to turn it on when it matters, and with the Chiefs just a half-game behind the Patriots in the AFC standings, there's plenty of time for Mahomes to show he's still the best quarterback in the league.

One thing to know: Dak Prescott has been a force for the Cowboys since returning from injury this year. That said, Dallas has lost three of their past five games since the start of November. Prescott and the Cowboys have reason to think their fortunes will soon change, with four of their five remaining games coming against fellow competitors in the NFC East. Already 2-0 in divisional play, if the Cowboys can run the table against their rivals the rest of the way, Prescott will look mighty valuable.

One thing to know: Josh Allen looked like a potential MVP contender last year, and through the first half of the 2021 season, he was living up to that potential. But the Bills have now lost three of five and need a kickstart. One thing Allen has working for him is Buffalo's upcoming schedule. If Allen can outduel the likes of Tom Brady this week, avenge the Bills' loss to the Patriots later in the year, and put up big numbers against cupcake defenses like the Jets and Falcons, he should have a solid stat line come the end of the year.

One thing to know: Kyler Murray might be a co-favorite for MVP had he not missed three games in the middle of the season. That said, the Cardinals have only lost once this season when Murray starts a game, and he looked impressive against the Bears in his return last week. Murray has the highest quarterback rating in the league, six points clear of the next man on the list. If Murray can lead the Cardinals to the top seed in the NFC, including wins against the Rams and Cowboys in the coming weeks, he could still win the award despite his missed time.

One thing to know: Aaron Rodgers' numbers are always good. With him under center, the Packers have looked as good as they have in years, and Rodgers is still one of the most careful passers in the league, with just four interceptions on the season. But after Rodgers was caught red-handed lying about his vaccination status and his subsequent media meltdown, it's difficult to believe that MVP voters would get behind him, especially since he just won the award last year. While Rodgers' numbers might justify him as the Most Valuable Player come the end of the season, that doesn't mean he'll leave with the hardware.

One thing to know: With five games left in the season, Tom Brady, 44, is the rightful heavy favorite to be named MVP. Brady, who again is 44 years old, leads the league in passing yards, touchdowns, and completions, largely because the Buccaneers offense has entrusted him to throw the ball no matter the situation. While there are plenty of worthy contenders behind him, the 2021 MVP is Brady's to lose.