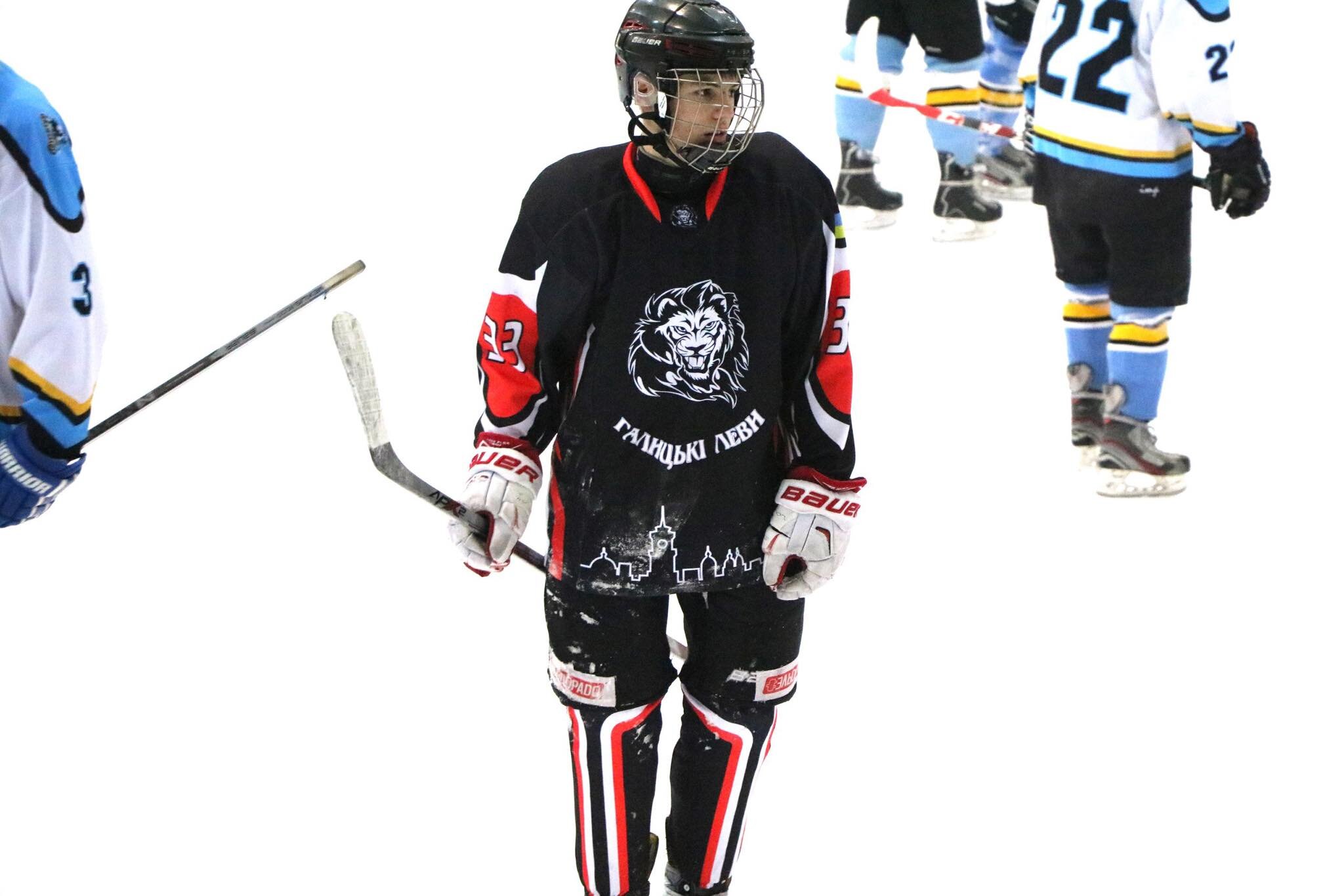 In an exclusive interview with the Kyiv Post, Cholach talked about Arenas, Barrie (Canada), and Comebacks after leading the Ukrainian national team at last week’s IIHF World Junior Hockey Championships – Division 1B in Lithuania.

It’s been a long time since Ukraine has seen such a promising hockey talent as Artur Cholach.

Drafted last summer by the NHL’s Vegas Golden Knight, the hulking 193 cm, 91 kg defenceman plies his trade for the Barrie Colts in one of the top junior leagues in the world – Canada’s Ontario Hockey League (OHL).

“This is a special moment that I’ve been dreaming about my whole career”, he told the Kyiv Post. “This means that I am moving in the right direction and that everything can be achieved if you stick with it and work hard.”

The last time a Ukrainian was drafted to the NHL? In 2007, when goaltender Serhiy Gaiduchenko was drafted by the Florida Panthers, although he never played in North America.

The last time a Ukrainian defenceman was drafted to the NHL? In 1998 – five years before Cholach was born – when Maxym Linnik was selected by the St. Louis Blues. He, too, did not play in the NHL.

Cholach’s chances at turning pro are looking up.

After scoring two goals during Sokil Kyiv’s run to the finals last season, he was drafted third overall by the OHL’s Barrie Colts. Cholach starred for Ukraine’s national U20 team at last week’s Division 1A world junior championships, where he nearly cracked the Top 10 in scoring by registering 8 assists in 5 games.

Setting an Example
As the only player on the U20 national team currently playing in North America, things worked differently for Cholach in the run-up to the world junior tournament.

Firstly, he needed to come back from an early season concussion. Then, he needed permission from his local club – who he pointed out were enthusiastic about his participation. Finally, he needed to adapt to the time zone, new teammates, and a much larger ice surface.

he said. “Unfortunately, our national team is not experiencing the best of times. We need to move to the higher divisions. Still, it’s a great opportunity and learning experience when you play against other national teams.”

The team experienced a wild run at the championships, with promotion still on the table until late in the tournament.

Ukraine was the only team to top the first place France, who will be promoted to Division 1A next year. The game against France was itself a roller coaster, with Ukraine building a 5-1 first period lead only to find themselves forced to come back to tie the game late in the third period.

“It was a difficult game in terms of psychology”, Cholach said about the encounter. “Our team was bad at preventing goals. We lost the second period and had to start all over again in the third.”

Forward Maxsym Simchuk tied the game with 2:31 to go, with Artem Hrebenyk netting the overtime winner to cap one of the most memorable comebacks in Ukrainian hockey history.

“It was our game and we couldn’t lose”, said Cholach. “Everyone considers us outsiders at the championships, but we have proved the opposite – that we can and will beat the favourites and raise the level of our national team.”

Unfortunately, the team fell to a tough Slovenia team in the next game and finished the tournament in fourth place with 3 wins and 2 losses to secure yet another year at the Division 1B level.

Besides Cholach’s heroics on the blue line, the team was led by Danylo Korzhyletskyi, Simchuk, and Denys Honcharenko, who notched 37 points between them to finish 2nd, 3rd, and 4th, respectively, in the scoring race.

From Lviv to Canada
It has been a crazy journey for Cholach.

At first, he wanted to play football like every other boy in Ukraine. Being too young to play, his parents put him in hockey.

It’s a good thing they did.

Cholach got his start with the Galician Lions youth team, which plays out of the tiny arena in Novoyavorivsk in Lviv Oblast.

Recruited as a 15-year-old teen to play for Russia’s elite U16 Red Army team, he spent half a season there before getting promoted to its U18 squad.

He spent the next season playing AAA hockey in the USA, before coming back to Ukraine to star for Bila Tserkva Bilyy Bars and Sokil Kyiv. That’s when the Colts came calling.

“Artur is a great addition to our defensive core and Colts fans should be excited”, said Colts coach and GM Marty Williamson, who used the team’s only import pick on Cholach. “With Artur playing in the U.S. previously, his English is very good which helps with his adjustment to our team.”

From the tiny rink in Novoyavorivsk to the big lights of one of the world’s best leagues – the journey isn’t lost on Cholach.

“Arenas are good [in Canada] and have a lot of capacity”, said Cholach. “Probably the only comparable rink in Ukraine is Kyiv’s Palace of Sport. There are probably 10 such arenas in Barrie [ed. Population – 150,000) alone. Ukraine still has room to grow in this regard.”

You can catch Cholach starring for the Barrie Colts when his team plays the Kingston Frontenacs on Feb. 3, as the game will be broadcast nationally on Canada’s TSN.ca. Game time is 19:30 ET (2:30 EET on Feb. 4).