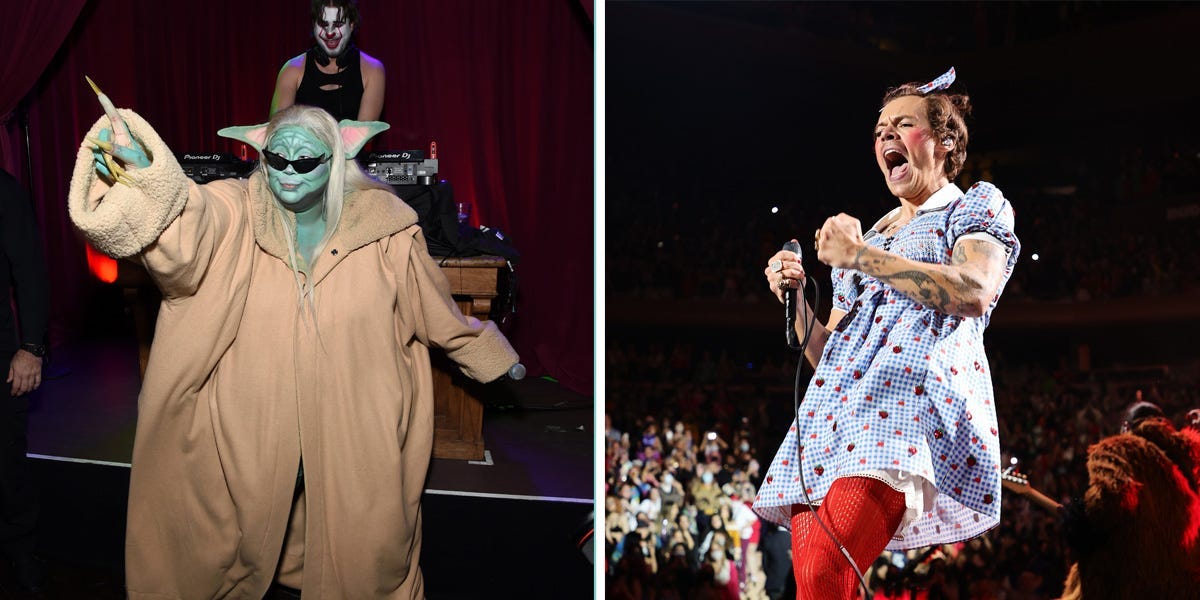 This year, the range of celebrity costumes ran the gamut, with entertainers posing as iconic cartoon characters and slasher movie villains, while also giving their best take on trendy pop-culture references.

Hailey Bieber paid tribute to Britney Spears, Kerry Washington dressed up as a character from the popular

Here are some of the most memorable Halloween costumes from 2021.