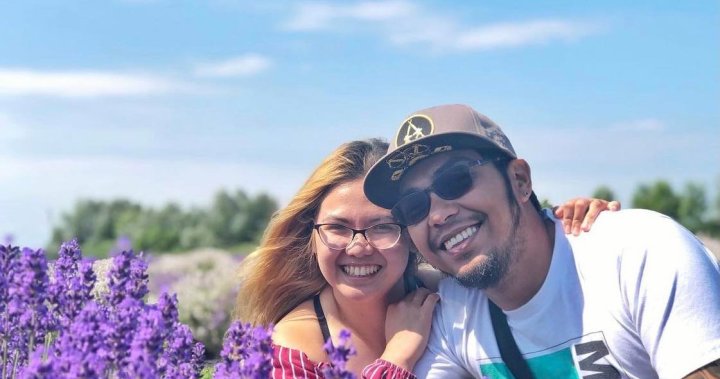 When Jessa Lira got married in 2017, she didn’t anticipate being ready to have children for at least a couple of years; she wanted to enjoy life as a newlywed for a while and travel.

She finally felt ready to start trying in early 2020, just as COVID-19 hit.

Lira and her husband, who both live in Toronto, immediately reassessed this plan as their concerns about trying to have a baby in a pandemic mounted: what would doctor’s appointments look like? Would she have to give birth alone? What were the health implications of contracting the virus while pregnant?

“We knew for a fact that it was not the safest time to have a baby in a time of a pandemic,” Lira told Global News. “So we decided to wait for a couple of months and to see how it goes.”

In deciding to put off having a baby due to COVID-19, Lira and her husband joined the ranks of a growing number of Canadian couples who are deciding to delay having children or to have fewer children than previously planned.

Almost a quarter (24 per cent) of Canadians aged 15 to 49 have changed their fertility plans because of the COVID-19 pandemic, according to a Statistics Canada paper released on Wednesday.

The study, conducted between April and June 2021, found almost one in five (19 per cent) of Canadians now wanted to have fewer children, while 14 per cent said they wanted to have a child later than they had originally planned. These answers were more common in people that didn’t have any children already, or people from minority groups.

Medical professionals agree with the findings, saying many of their clients’ plans to start or expand families were severely altered by the pandemic.

Economic pressures, uncertainty around jobs and living affordability were the main factors for those delaying having children.

Despite rumours of a lockdown-induced baby boom, according to StatsCan, just four per cent of respondents in the wellness survey said they now want more children or to have children sooner than previously planned.

Experts say this is likely due to inordinate periods of time spent at home reassessing their families and being unable to travel abroad.

Women give birth ‘late’ in Canada

Canada is already considered a “late” childbearing country. In 2020, the average age of mothers at the time of delivery was 31.3 years old.

The country’s fertility rate has also been steadily declining since 2008 — a trend seen in much of the rest of the Western world. France, England and the United States have also reported fewer babies born in 2020 compared with 2019.

Tali Bogler, chair of family medicine obstetrics at St. Michael’s Hospital in Toronto, said this decline was exacerbated by the pandemic.

Many of her clients were either delaying starting a family or cancelling plans to expand their brood due to recent economic pressures.

“I’m seeing young couples who have gone through job insecurity and job loss and are delaying, maybe a year from now, two years from now,” she said.

“And then I’m also seeing couples that have one or two kids who might have thought about having a third kid, and are now asking for either a vasectomy for the partner and saying no, this is it.”

Affordability a factor in smaller families

Rising costs of living were an important factor in those choices, she said. It was especially pertinent to those living in the GTA, where house prices soared to an average of nearly $1.2 million in October.

“Affordability is a huge concern for families. It’s worsened during the pandemic, especially here in Toronto, and that might have further stress and further impact on desired family sizes and when people plan to have a child,” she said.

This notion is supported by the StatCan data, which showed that those living in one of the Atlantic provinces (16 per cent) or Quebec (13 per cent) were less likely to have made changes to their parenthood journeys, compared to those living in Ontario (22 per cent). The report authors pointed to housing affordability and COVID-related economic pressures as a possible factor, as well as Quebec’s low-fee childcare programme.

10:13
Cost of housing biggest crisis outside the pandemic: Singh

Cost of housing biggest crisis outside the pandemic: Singh

Affordability was a big factor in Samantha Tranter’s decision to stop after her second child, who was born in March 2021, after she also delayed getting pregnant due to the pandemic.

Tranter planned to get pregnant in February 2020, after her son’s first birthday. When COVID-19 hit, the Waterloo resident says she “gave up for a while,” as she and her fiance couldn’t find the time to try to conceive.

“My job went from being in the office full-time, to working from home and navigating that whole obstacle with an array of technology problems, while trying to take care of a newly one-year-old,” she said.

“It was difficult to just find time to spend together. By the end of the workday, we were both just so exhausted that the mere thought of being intimate was exhausting.”

Can you afford a baby? Fertility advocates call on workplaces to update benefit plans

Tranter and her fiance also cancelled the wedding they had planned for June 2020.

But as Ontario began to tentatively reopen a few months later, Tranter and her now-husband decided to move forward with their nuptials and ended up getting married in the backyard of a bed-and-breakfast with 20 guests.

They decided to extend their family soon after. Tranter’s second child was born in March 2020.

The couple don’t plan on having more, mostly due to the housing crisis and rising inflation, which rose to 4.7 per cent in October — the largest year-over-year gain since 2003.

“In 25 years when my kids are in the same position I am, they’re probably going to still be living with me because they can’t afford to leave,” Tranter said.

‘We barely bring him outside’

For Lira, the pandemic-related baby delay was also short-lived. As the months dragged on, she felt they weren’t “getting any younger” and the pandemic did not seem to be abating.

So the couple decided to try, and found out they were pregnant in November 2020. But Lira, who works in the medical field, recounts the experience of being pregnant in a pandemic as “terrifying.”

“Going to work every single day and dealing with doctors, patients and other colleagues, not knowing if they were exposed, or might have the virus [was difficult],” she said.

In the end, however, the couple were able to attend in-person appointments, ultrasounds and had a healthy baby in July 2021. However, the anxiety around being pregnant in the pandemic has boiled over to having a young child in a pandemic.

“Right now, we barely bring him outside — only for a doctor’s appointment or for a walk at the park maybe once a week. I know we can do better but the anxiety that COVID is giving us, it’s just so scary. As much as we want him to enjoy the world, we also want to protect him the best way we can.”

The experience has not altered her plans of having three children in total, however. But she hopes the pandemic is over before she tries for her second child.

For Tiffany Ermine, from Prince Albert, Sask., having a baby in the pandemic was enough to put her off ever having another. Ermine gave birth to her second child in June 2020, and the experience “terrified” her. That, coupled with unaffordable living costs mean her dream of having four or five kids will likely never become a reality.

“It devastates me, but I’d rather live comfortably and be able to give my kids the things they want and need,” she said.

But what about those who can’t conceive naturally? Anecdotally, things appear to be going in the opposite direction, with fertility specialists in high demand.

Dr. Sony Sierra, deputy medical director and partner at Trio Fertility, said she was seeing a rise in new clients wanting fertility assessments, to either understand where they were at with their fertility or to begin fertility treatment. For those wanting to conceive, this was largely due to long periods of time spent at home and international travel being off the table, Sierra said.

Trio, like many other clinics across the country, was forced to close for three months as Canada grappled with the pandemic. When the clinic reopened in May 2020, people were rushing to get appointments.

“We had a very long lockdown in Ontario, and we were forced to be in our homes, thinking about your family and what that looks like. And so people were wanting to sort of get started sooner rather than later.”

Canada ‘may never catch up’

However, the clinic also had clients who did not return when they reopened, after reassessing their outlook on children or wanting to delay fertility treatment. This was due to economic pressures, people losing jobs, people relocating across the country and people “choosing to spend their money differently,” Sierra said.

Sierra said 2020 was a tough year for a lot of reasons, and not just the pandemic. “Socially, culturally, there were a lot of things that were going on that made people sort of stop and say, ‘Is this the right time to bring a baby into the world’?”

But this delay in fertility treatments was also likely to have contributed to the lower birth rate in 2020.

While Bogler and Sierra said women should not be concerned over delaying pregnancies for a year or two, those waiting too long past what’s considered a woman’s fertile window, generally between 20 and 25 years of age, risked not being able to have the family sizes they planned for.

“Historically, what we’ve seen is the longer you delay, families might not be able to catch up. And so as a country, we might not ever catch up to the number of deliveries that we might have seen if the pandemic hadn’t happened,” Bogler said.