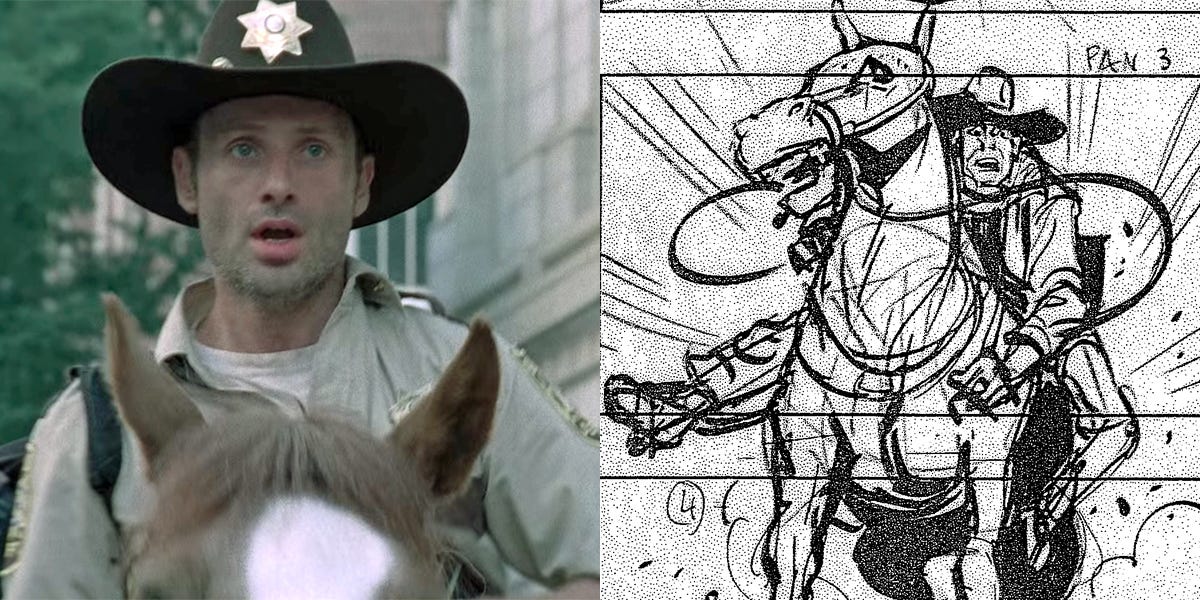 Out next month, “The Art of AMC’s The Walking Dead Universe,” written by Matthew K. Manning, contains never-before-seen sketches, concept art, storyboards, and interviews from the three shows so far in “TWD” universe.

Insider is debuting exclusive storyboards from the end of “The Walking Dead” pilot where Rick Grimes gets chased and surrounded by the undead in Atlanta, Georgia.

If you’ve watched the premiere a few times over, you’ll notice that while the basic gist of the final episode is the same, the panels are slightly more intricate or show a few shots that don’t make the episode.

According to executive producer Denise Huth, when they filmed this scene, “Nobody really cared. We had probably 100-150 extras. We had Rick on a horse. We had the tank. A couple of people walked by and were like, ‘Hey, what are you doing?’ But they couldn’t care less.”

As the show films its final, 11th season right now in Atlanta, Georgia, something like that is unheard of now.

“If we tried to do this today it would be a much, much bigger deal,” said Huth.

Most of the following artwork is featured in “The Art of AMC’s The Walking Dead Universe,” which will be available in stores November 16 and can also be purchased online here.