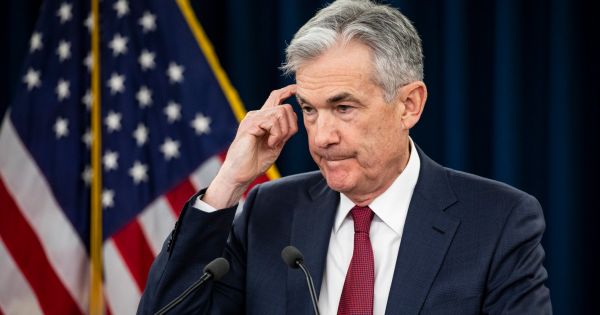 Inflation beats the Fed: the word transitory eliminated from forecasts

Federal Reserve policymakers finally acknowledge the increasing risk of more persistent inflation in months ahead and thus the word transitory has been eliminated from the inflation forecasts.

“We tend to use [the word transitory] to mean that it won’t leave a permanent mark in the form of higher inflation,” Fed Chairman Jerome Powell told the US Congress this week. “I think it’s probably a good time to retire that word and try to explain more clearly what we mean.”

The Fed had been using the word ‘transitory’ since the beginning of the year, when Fed officials warned that nuances in year to year comparisons and supply chain bottlenecks would lead to eye-popping inflation readings.

The hope was that those high readings would fade in the later part of 2021. Instead, inflation accelerated. In October, prices soared 6.2% in twelve months, the fastest annual rise seen in the Consumer Price Index since 1990.

Powell acknowledged that the “risk of higher inflation has increased,” but reiterated that his baseline expectation is for inflation to fall closer to the central bank’s 2% target over the course of 2022.

The Fed may attempt to get ahead of inflation by more rapidly pulling back on its asset purchase program, a process it kicked off this month. The central bank hoped to fully end its open market purchases of mortgage-backed securities and U.S. Treasuries by the middle of next year, but Powell opened the door to accelerating that timeline.

“We now look at an economy that is very strong and inflationary pressures that are very high and that means it’s appropriate for us to discuss at our next meeting — which is in a couple weeks — whether it would be appropriate to wrap up our purchases a few months early,” Powell said.

The Fed’s next policy-setting meeting is scheduled for Dec. 14 and 15.