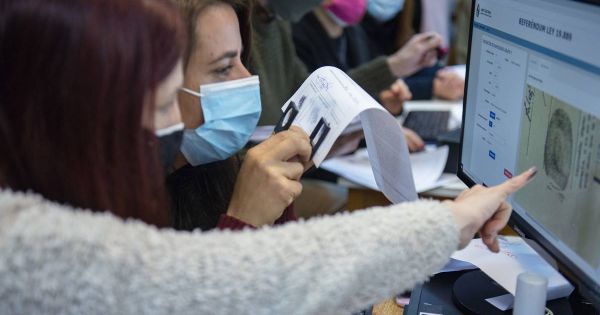 There will be referendum! Uruguayan electoral court validates enough signatures to hold it

Uruguay will finally hold a referendum against 135 articles of the so-called Law of Urgent Consideration (LUC), which has been a cornerstone of the administration of current President Luis Lacalle Pou, it was announced Wednesday in Montevideo.

The National Electoral Court has validated 671,544 signatures, thus achieving the minimum number required to call for a referendum that seeks to repeal 135 LUC provisions.

Once the necessary 25% of the electoral roll has been reached, the Court stops counting the remaining signatures which were around 800,000 according to the opposition groups behind the initiative.

Authorities must now set a date within 120 calendar days to hold the referendum, which will then in all likelihood take place between March and April 2022.

The opposition Broad Front (Frente Amplio -FA-) and social organizations had submitted more than 730,000 signatures in July to call for the referendum against 135 articles of the LUC, which is considered a roadmap of the right-wing ruling coalition.

Lacalle Pou took office March 1, 2020, after 15 years of FA government and passed the LUC on July 10, 2020. Voices against it were raised from the opposition and the Broad Front warned that rights and freedoms were lost and that legislation was passed in favour of the most privileged.

The FA called for the repeal of 135 of the 476 articles of the law, which reflects the main points of the program of the ruling coalition, covering topics as diverse as public safety, education, economy or health.

Among the most controversial issues is the flexibility in the use of police force, the regulation of the right to strike and the banning of pickets carried out in public or private spaces that affect the free movement of people, goods or services, with the consequent power to dissolve them.

Regarding the Penal Code, the LUC also addresses the minimum and maximum penalties for juvenile delinquents in addition to curtailing prison release conditions for adolescents.

It also makes the concept of legitimate defence applicable to material assets and stretches from 2 hours to 4 the time during which Police must inform the Prosecutor’s Office of the arrest of a person while empowering police and military agents to search people and cars in routine proceedings.

It also provides for changes in the market of crude oil and its derivatives, eliminates the obligation of formal education in early childhood and reduces the role of the general directors of the Education Councils.

The referendum is also believed to be some sort of test for Lacalle Pou’s administration, which according to most polls is highly approved.