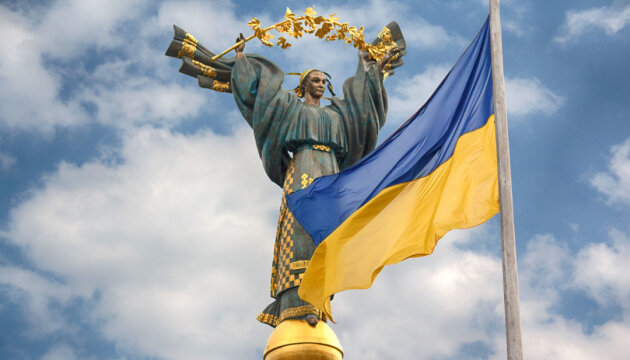 July 28 – the supposed day of the baptism of the medieval state of Kyivan Rus – was designated the day of Ukrainian statehood to draw the world’s attention to the fact that Ukraine is not just over 30 years old, but over a thousand.

What is statehood and how did it appear in Ukraine?

As the well-known Ukrainian historian Oleksandr Alfyorov explained to me, the meaning of the term “state” has varied depending on the geographical area and historical period in which it has been used.

“Today, for an ordinary person, the state is when a territory has borders, an army, its own currency, its own laws. But, for example, in the days of Kyivan Rus, states might not have had clear borders or their own currency, or even written laws. And yet they were states. In the same way, even while empires divided our land, we still had a state,” the historian explains.

The history of Ukrainian state formation is evidenced by the first mentions of the foundation of the capital of the Old state — the one centered on Kyiv. And despite the baptism of Kyivan Rus by Volodymyr the Great in 988, the state actually existed even earlier – at the beginning of the 9th century. However, written sources, including dates, have not survived to this day.

Another reason why we chose the day of the baptism of Rus is because it is a certain marker. It was during this period that the concept of statehood changed. Having been baptized, our people joined the family of European nations.

How did Ukraine defend its statehood in different periods of its development?

“There were periods in our history when we lost our independent state, but we did not lose our statehood. Because there were elites, there were states, there were societies, there were people, there were representatives of the church who dragged this statehood through the gallows, imperial overcoats, and bayonets… so that at the right moment these elites could revive the state,” the historian added.

It doesn’t take long to find examples of attempts to liquidate our state as a whole system. There were many such cases. The Austro-Hungarian and Russian empires always wanted to dismantle the territories of Ukraine and add them to their possessions. However, the most vivid example can be seen right now outside the window. Russia trying to destroy an entire state for the sake of its “ghostly” ideas.

However, we have never abandoned the struggle for freedom and statehood throughout our long history. Ukraine declared its independence on January 22, 1918, and that remains the key date connected with the establishment of a modern independent Ukrainian state.  Arguably, it should be the key date on which Ukrainian independence is celebrated.

However in 1991, for various – mostly political – reasons this date was pushed into the background by the communist majority in the Ukrainian parliament. It did not want to acknowledge the fact that while the Soviet Union was falling apart Ukraine was renewing, or reaffirming, the independence that had been declared by its democratic and non-communist Ukrainian parliament – the Central Rada – in 1918.

For 30 years the celebration of the proclamation of the union of central and western Ukraine on January 22, 1919, as the “Day of Unity” has been allowed under presidents as diverse as Kravchuk Kuchma, Yushchenko, Yanukovych, and Zelensky to overshadow the significance of the declaration of independence in early 1918.

Many still consider this a very regrettable concession to forces that sought to revise and distort Ukraine’s modern history – one they would like to see rectified.

Yes, in the 20th century, Ukraine gained sovereignty several times and lost it due to internal disagreement and especially external aggression. By the act of August 24, 1991, it was finally restored. And today no one will give up the fight.

Why didn’t we have such a holiday of Ukrainian statehood before?There is no clear answer to this question. But is certain that until now the political will for this was lacking as political leaders did not want to rock the boat in a complex political environment constantly being stirred up by a rapacious Russian neighbor.

But Russia’s war against Ukraine buttressed by the absurd imperialist argument revived by Putin and his “rashist” (contemporary Russian fascist) ideologues and propagandists that Ukrainians don’t exist as a distinct nation and have no right to self-determination, statehood, their own language, culture and history, and identification with the rest of Europe has precipitated matters.

Just as breaking free of Russia’s imperialistic would-be political and economic stranglehold has become imperative, so has the need to confront and purge Ukraine of Russian historical and cultural narratives imposed for centuries.

Today, while Ukrainians are fighting back heroically against Russia’s barbaric military aggression, so the nation and its leadership are asserting Ukraine’s history, culture, language, democratic principles on other fronts. Therefore, today’s new holiday is important in order to counter Russian disinformation and historical fakes about the purported unity and the origin of the Ukrainian and Russian peoples.President Zelensky and his people are reminding the world that when the forerunner of today’s Ukraine – Kyivan Rus – was already a mighty state with solid connections with western and eastern European Christendom, Moscow did not even exist as a village.

When Moscow was founded in the twelfth century, in proto-Ukraine the Magdeburg law was already being implemented.Russia was initially known as Muscovy and spent centuries under the oriental despotism of the Mongols and Tatars separated from Europe. When the Ukrainian Cossacks established a Ukrainian state in the seventeenth century and the famous Mohyla Academy in Kyiv, Muscovy still awaited a ruler to “Westernize” it.