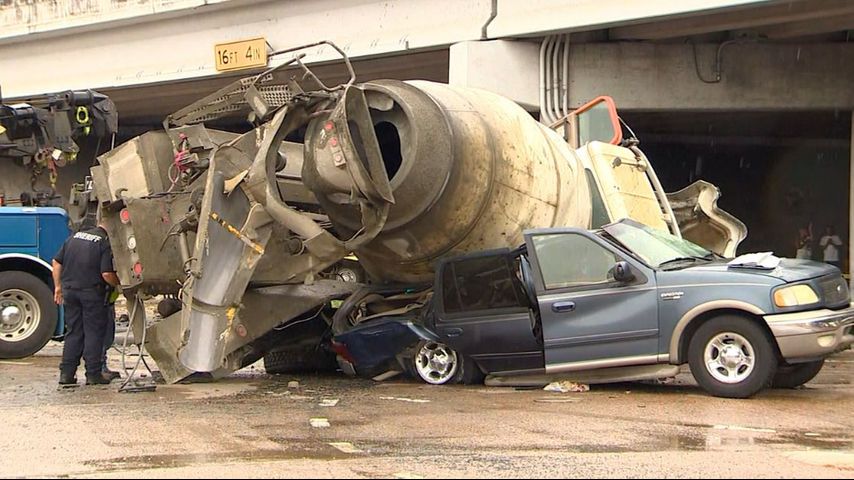 HOUSTON, Texas – A 22-month-old was killed Friday afternoon when a concrete-mixing truck drove off a Houston highway overpass and crushed a vehicle below.

The Harris County Sheriff’s Office told KHOU four people were inside the vehicle when the cement truck landed on it — a 54-year-old woman, a 24-year-old woman and two 22-month-old twins.

According to the news outlet, three of the passengers were able to escape the vehicle, but one of the toddlers was not.

The sheriff’s office said the crash happened around 2:30 p.m. at the intersection of Woodforest and Beltway 8. The driver of the concrete truck was a 36-year-old woman who did not appear to be intoxicated.

Deputies said the driver attempted to slow down before the vehicle fell off the overpass, and slick roadways may have caused the crash.

The crash remains under investigation, according to the sheriff’s office.