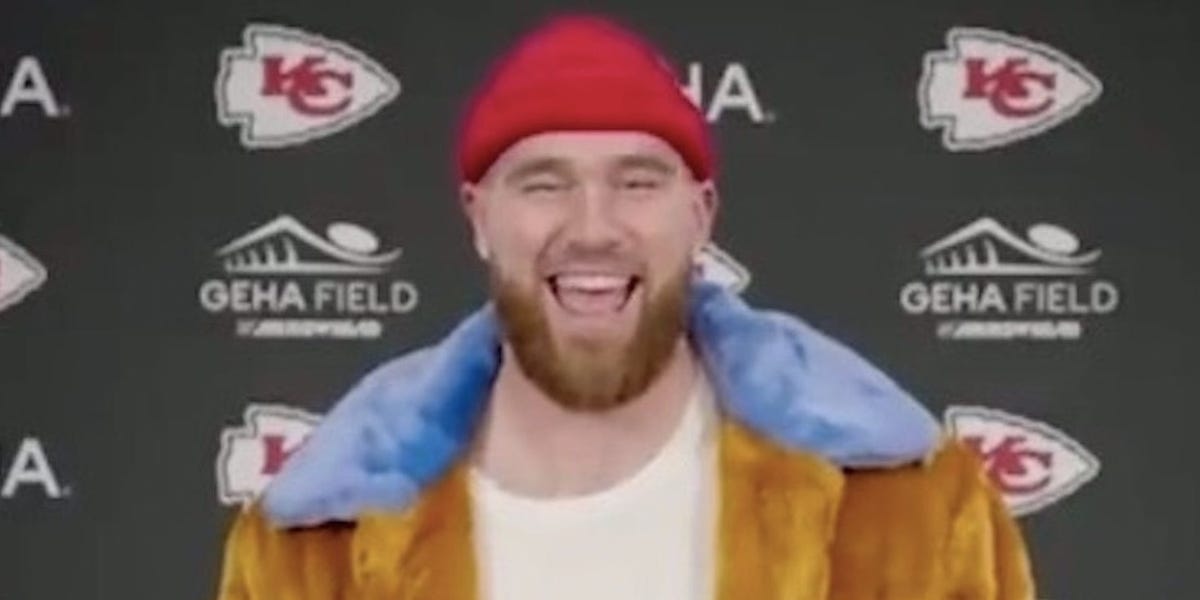 Travis Kelce was given a heartwarming surprise by his mom on Sunday after the Kansas City Chiefs swept aside the Pittsburgh Steelers in the Wild Card playoffs.

Kelce, a tight end, had five receptions for 108 yards and a touchdown as the Chiefs beat the Steelers 42-21, but his biggest moment came when he threw his first ever touchdown pass in the NFL, connecting with Byron Pringle in the fourth quarter.

Speaking remotely with the press after the victory at the Arrowhead Stadium, Kelce’s mom, Donna, dialed in to ask him about the pass.

“It’s your mom!” she said, which prompted Kelce to smile and laugh before saying: “What’s up ma? I’m glad you made it!”

“It only took me nine years. That’s a good question though, Mom.”

“That’s awesome,” she said. “It’s so fun and that’s what makes sports so great, because you can be depressed in the morning and elated in the evening.”

Donna put in some serious miles to make sure she was able to watch her youngest son play on Sunday.

She started the day by watching her eldest son and Travis’ brother Jason Kelce in action for the Philadelphia Eagles against the Tampa Bay Buccaneers in Florida.

After watching Jason and his teammates lose 31-15, she then flew over 1,000 miles to Missouri to see Travis and the Chiefs beat the Steelers.

Her journey was tracked on Twitter by the NFL, which posted regular updates of her whereabouts throughout the day.

At one point, she had to hop on a rickshaw outside Raymond James Stadium to make it to the airport, while her flight to Missouri was then delayed by 30 minutes, making it touch and go as to whether she would make it in time to see Travis in action.

Fortunately, however, she made it to the Arrowhead Stadium just in time to see Travis’ touchdown pass.

“She made it! Two games. One day. One amazing mom,” the NFL posted.

The Chiefs next take on the Buffalo Bills on January 23 in the Divisional Round of the playoffs.