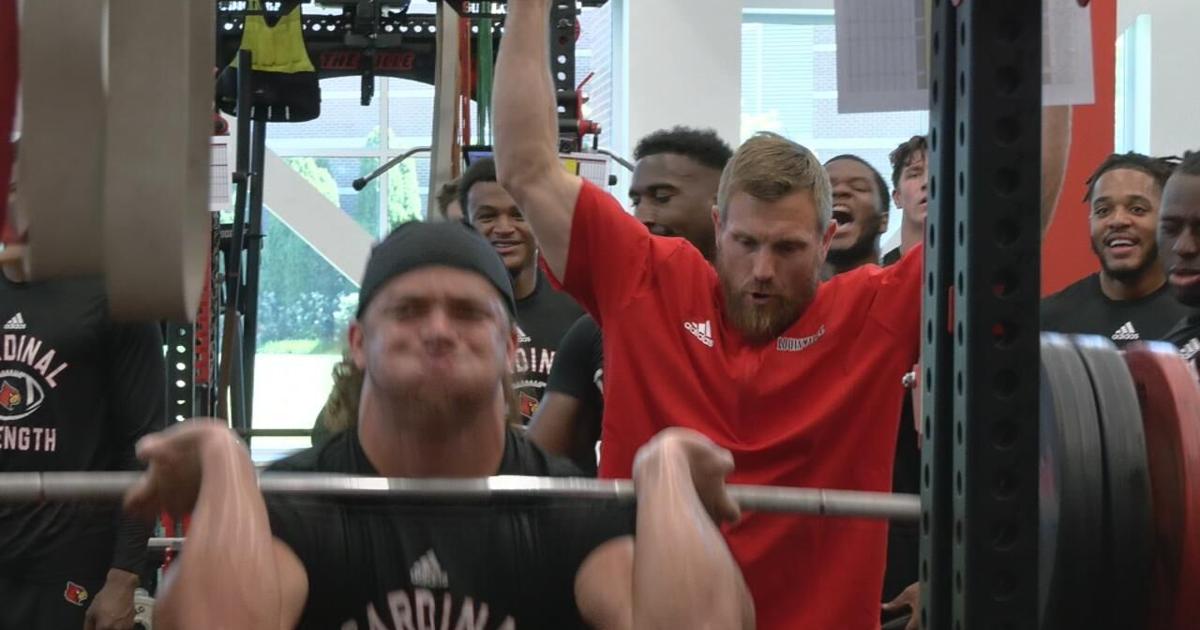 LOUISVILLE, Ky. (WDRB) — U of L football is just a little over two months away from its first game of 2022. There are no group of coaches that spend more time with the team in the summer months than the strength coaches and for the Cards, there’s a new one in charge this year.

“Our staff has the pulse of the team,” said new Cardinal football director of strength and conditioning Ben Sowders.

Sowders feels like the pulse of the team is strong right now and apparently it needs to be.

“We told them this is the most important summer in all of Louisville football history,” said Sowders. Our guys are hungry for it. We just gotta keep pressing on every single day. Keep pressing on.”

Sowders arrived in January after four seasons as assistant director of strength and conditioning at Georgia, winning a national title with the Bulldogs last season. The Bowling Green native and former linebacker at WKU called it a no-brainer to come to Louisville.

“I know what this place has been and I know what it can be,” said Sowders. “And if we keep it going, can you only imagine what can happen? You know we got some of that buzz going right now with recruiting, right?”

The group he and his staff are working with this year know that the work they do in the next couple of months will go a long way toward determining success later this year.

“They’re very important for us not just for the physical standpoint but from a mental standpoint, having to go through tough days as a team,” said U of L running back Jalen Mitchell. “Coming together during this process will help us later this season.”

“It’s all about finish,” Sowders added. “Last year, so close. You turn around and you look and there’s four games that could have gone the other way but they didn’t. We’ve got to find a way to make those games go our way this year.”