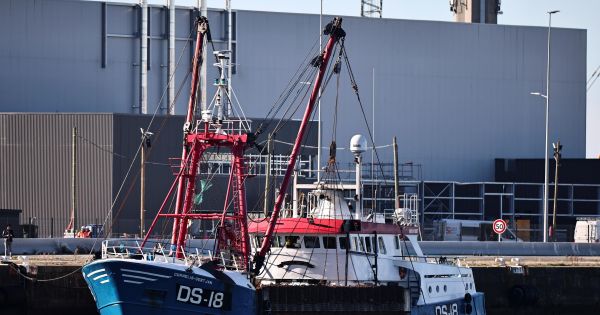 A UK trawler impounded by French authorities over a fishing licenses’ dispute with Britain was released on Wednesday by a French court overturning an earlier demand that it pays a €150,000 bond.

The Cornelis Gert Jan was seized last week when French authorities claimed it had been caught fishing over 2 tons of scallops in French territorial waters without a proper license.

However the vessel left the port of Le Havre where it was detained after 18:00 on Wednesday.

The defense lawyer Mathieu Croix, said a court in the nearby city of Rouen had allowed it to leave without posting any financial guarantee.

The vessel’s captain, Jondy Ward, was also present in court for the hearing. It is a good decision, of a kind that will allow the tensions to drop, said the lawyer. French justice is independent from political pressure, he added.

Ward said earlier that the vessel was a victim of the dispute between London and Paris over fishing rights after UK’s departure from the European Union. UK and France’s officials are scheduled to meet this Thursday to further de escalate the situation.

The French authorities had initially demanded the €150,000 bond in exchange for allowing the captain and the vessel to leave French jurisdiction pending a trial due in August of 2022.

France and Britain in the last few days came to the brink of a cross-Channel trade war, with Paris alleging London was denying fishing licenses to French trawlers that they were entitled to under a post-Brexit deal.

Britain said it was honoring the deal and accused France of blowing the affair out of proportion. Paris had threatened to step up checks on trucks and produce arriving from Britain and to bar British trawlers docking in French ports.