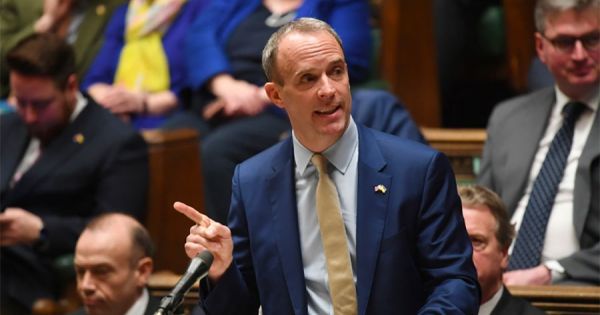 Britain will not abandon the European Convention on Human Rights but a new Bill of Rights will establish UK Supreme Court in London as the ultimate arbiter on human rights issues. The announcement was done by Dominic Raab, UK Deputy Prime Minister and Justice minister, and follows the European Court ruling which blocked Boris Johnson’s efforts to send asylum seekers to Rwanda.

The legislation is intended to curb abuses of the system and inject a bit more common sense into human rights law, Raab said

The legislation, which would replace the current UK Human Rights Act, would need to be passed by Parliament. It would mean that interim measures issued under the Strasbourg court’s Rule 39 are not binding on UK courts.

It would also raise the threshold for bringing certain human rights legal claims that the government describes as trivial” and frivolous.

The bill would also reduce the ability of foreign nationals convicted of a crime in the United Kingdom from challenging deportation on the basis of their human rights.

Rights groups say the legislation would take away some of the main tools the public has to hold the government and other public bodies accountable, by raising the bar for claims.

They also say doing away with the UK Human Rights Act would mean that public bodies would have less obligation to actively protect human rights.

Sacha Deshmukh, chief executive of Amnesty International UK, said Raab’s Justice Ministry had taken a hatchet to the single most powerful rights tool this country has ever had.

Amnesty says the name Bill of Rights is misleading, and that it should instead be named the Rights Removal Bill.

Authorities may begin to consider some rights violations as acceptable, because these could no longer be challenged under the Bill of Rights despite being against the law,” she said.

Although Britain through Brexit it has departed the 27-member European Union, it remains subject to decisions by the ECHR. The court in Strasbourg is not part of the EU but an international tribunal supported by some 46 countries, including Britain.

The UK was among the first states to sign the human rights convention that the ECHR is tasked with upholding. One of the convention’s key writers was British lawyer and Conservative politician David Maxwell Fyfe.