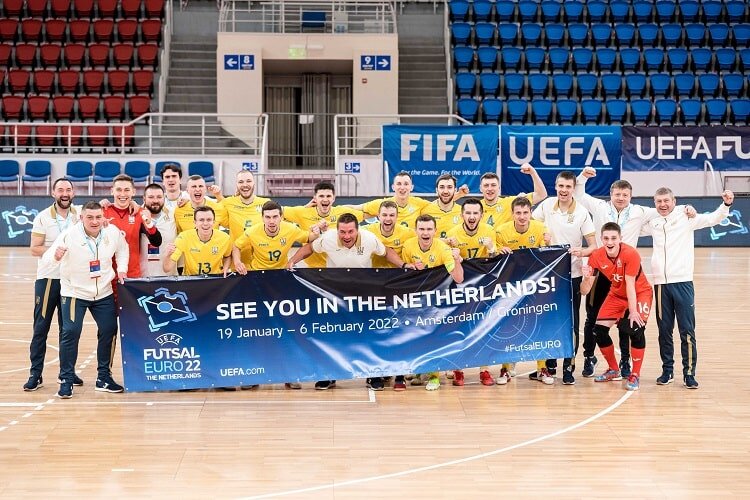 
The Ukrainian team ahead of the 2022 Futsal EURO Championships

The Ukrainian national futsal team lost 2-3 to Russia tonight in the semi-final game of the UEFA futsal European championship tournament 2022 played in Amsterdam.

At a crucial point at 2-3 Ukraine missed a penalty, with the Russian goalie saving a shot straight at him.

Ukraine will now play Spain or Portugal in the game for third place at Amsterdam’s Ziggo Dome indoor arena February 6.