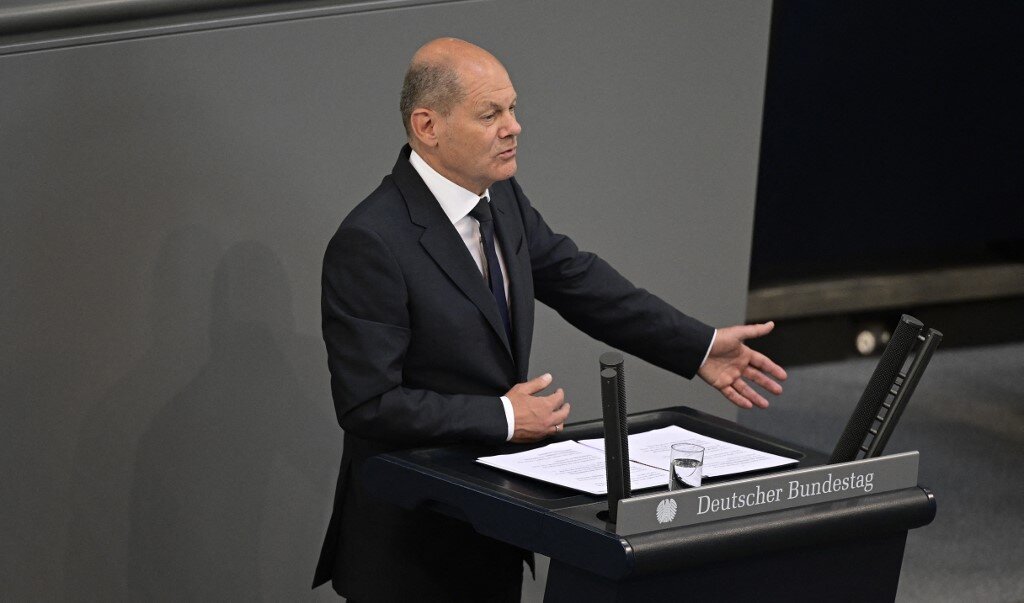 
German Chancellor Olaf Scholz addresses the Bundestag (lower house of parliament) in Berlin on June 22, 2022, before a EU summit, a G7 summit and a Nato summit. (Photo by John MACDOUGALL / AFP)

Ukraine needs massive financial help to rebuild after the devastation wrought by Russia’s invasion, German Chancellor Olaf Scholz said Wednesday, June 22, saying the reconstruction would be a “task for generations”.

Citing the US initiative to help western Europe rebuild after World War II, Scholz said he had invited Ukrainian President Volodymyr Zelensky to participate in the G7 summit starting this Sunday, to “agree on what such a ‘Marshall Plan for Ukraine’ would look like”.

During his visit to the war-scarred Ukrainian town of Irpin last week, Scholz said he had seen a level of devastation that “reminded me of images of Germany after the Second World War”.

“And like war-destroyed Europe then, Ukraine needs a Marshall Plan for its reconstruction,” he said, ahead of back-to-back summits gathering EU, G7 and NATO leaders in the coming days.

While the European Union has already mobilised billions for Ukraine, the country will require many more billions in the next year, said Scholz.

The financial needs can only be covered with the participation of international organisations and other large donor countries, he said.

Scholz underlined that backers of Ukraine must be prepared to maintain their support for a long time.
For now, Ukraine and Russia are “still far from negotiations… because (Russian President Vladimir) Putin still believes in the possibility of a dictated peace”, he said.

To help Kyiv push out Russian invaders, “it is… important that we stay firmly on course — with our sanctions, with internationally coordinated arms deliveries, with our financial support for Ukraine”.