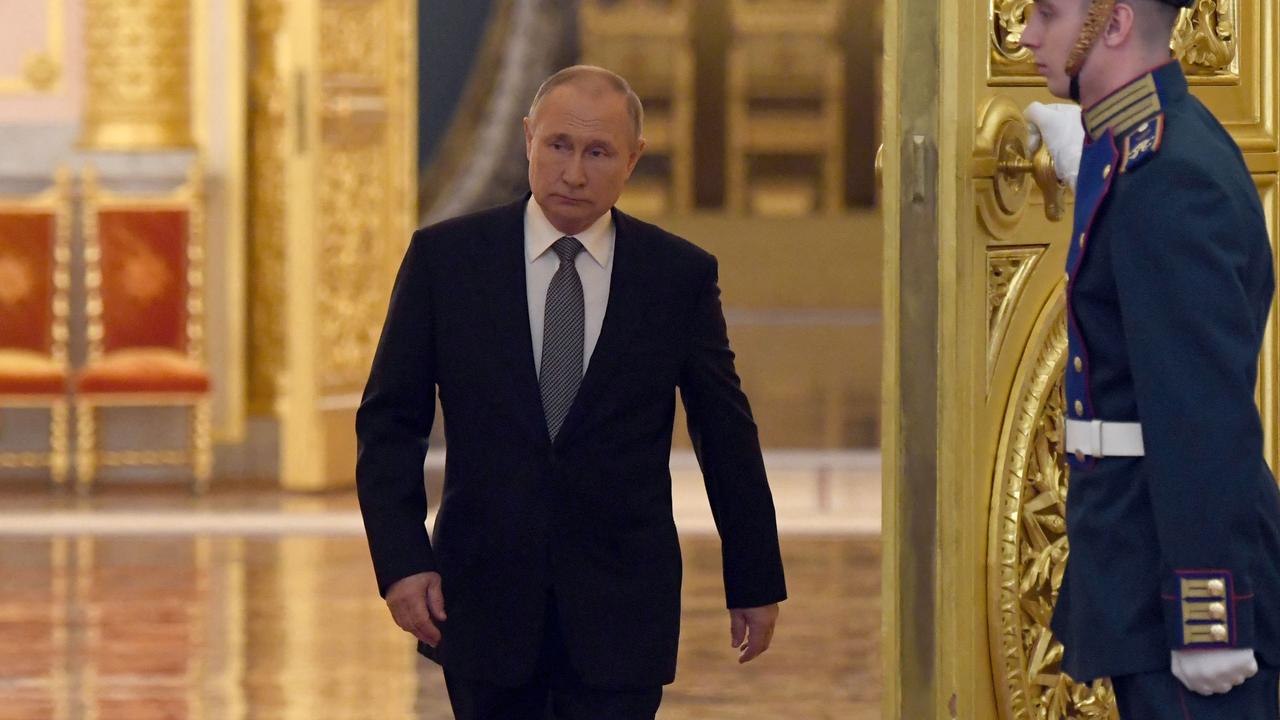 Vladimir Putin could be losing his grip on the war in Ukraine as a new development suggests the Russian tyrant is in deep trouble.

UK defence analysts have claimed Russia’s forces have faced “extraordinary losses” in recent weeks in a development some believe will be crucial to the outcome of the bloody war.

Both sides have suffered heavy casualties, with Russia reportedly struggling to “generate and deploy reserve units to the front”.

The Ministry of Defence in London said after nearly five months of fighting, the issue of bolstering front line reserves in key areas “is becoming increasingly critical to the outcome of the war”.

In its latest intelligence update, the Ministry of Defence in London said: “Heavy shelling continues as Russia pushes to envelop the Severodonetsk area via Izium in the north and Popasna in the south.

“Russia is highly likely preparing to attempt to deploy a large number of reserve units to the Donbas.”

While reports of the actual numbers lost on the battlefield vary, recent figures from the Putin-backed Donetsk People’s Republic indicate the region has faced “extraordinary” setbacks, losing up to 55 per cent of its original force.

“The Russian authorities have not released the overall number of military casualties in Ukraine since 25 March,” the report said.

“However, the self-declared Donetsk People’s Republic (DPR) publishes casualty figures for DPR forces. As of 16 June, the DPR acknowledged 2128 military personnel killed in action, and 8897 wounded, since the start of 2022.

“The DPR casualty rate is equivalent to around 55 per cent of its original force, which highlights the extraordinary attrition Russian and pro-Russian forces are suffering in the Donbas.

“It is highly likely that DPR forces are equipped with outdated weapons and equipment. On both sides, the ability to generate and deploy reserve units to the front is likely becoming increasingly critical to the outcome of the war.”

The UK’s defence intelligence estimates 15,000 to 20,000 Russian military personnel have perished since the February invasion.

On Tuesday, Putin said he was “proud” of his soldiers in Ukraine.

“We are proud that during the special military operation our fighters act with courage, professionalism, like real heroes,” Putin said in televised remarks during a Kremlin meeting with military academy graduates.

Referring to Western sanctions imposed on Russia over the intervention in Ukraine, he said “they will be overcome”.

And “in the face of new threats and risks, we will further develop and strengthen our armed forces”, he said, promising the new Sarmat intercontinental ballistic missile would be commissioned by the end of the year.

“There is no doubt that we will be even stronger,” Putin added.

President Volodymyr Zelensky acknowledged his army’s advancements in a Tuesday address, but urged foreign leaders to speed up arms deliveries to areas with the heaviest fighting.

The Luhansk and Donetsk provinces are known as the Donbas, where Russian-backed separatists have been fighting the Ukrainian military since early 2014 when Russia annexed Crimea.

“Thanks to tactical manoeuvres the Ukrainian army is strengthening its defences in the Luhansk region,” he said. “That is really the toughest spot. The occupiers are also pressing strongly in the direction of Donetsk.

“And just as actively as we are fighting for a positive decision by the European Union on Ukraine’s candidate status, we are also fighting every day for modern weaponry for our country. We don’t let up for a single day.”

It came as fifteen people, including an eight-year-old child, were killed by shelling Tuesday in and around the northeastern city of Kharkiv, where Russian forces have stepped up their attacks a month after being routed from the city’s northern outskirts.

“Fifteen people died and 16 were wounded. Such are the terrible consequences of Russian daytime shelling in the Kharkiv region,” Kharkiv governor Oleg Synegubov says.

The deaths took place in the city of Kharkiv, Ukraine’s second-biggest, as well as Chuguiv, a town 30 kilometres (18 miles) to the southeast and Zolochiv, 40 kilometres to the north.