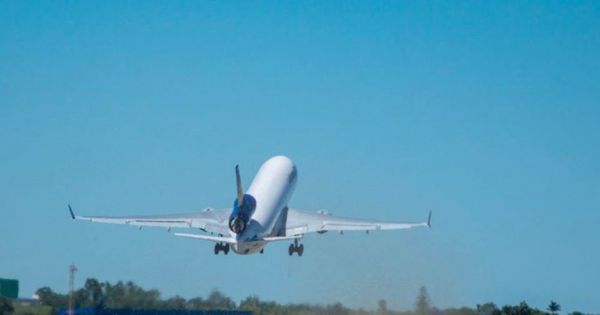 Around 3,000 foreign tourists arrived in Uruguay before sunset Monday after borders were fully reopened to vaccinated travellers following nearly two years of closure to fight COVID-19.

Uruguay’s National Directorate of Migration reported that 3,016 foreign nationals had reached the country by 6 pm, most of them through Montevideo’s Carrasco International Airport with 1,132 passengers.

At the General San Martín bridge, which links Fray Bentos with Puerto Unzué, the flow was steady from the early hours of Monday, with a constant flow of 20 vehicles waiting in line. According to El País, all travellers complied with the complete vaccination protocols from at least 14 days before, in addition to a negative PCR test with a validity of no more than 72 hours.

On the bridge linking the Argentine city of Colón with Paysandú, only eight cars were reported to have crossed the border.

Uruguay’s Defense Minister Javier García said the reopening of the borders was the most important event since the declaration of a health emergency.

On the other hand, Argentina once again postponed the reopening of the General San Martín bridge, which means those entering Uruguay will have to return through some other point of entry.

We see November 1 as the most special day since we entered the government, Tourism Undersecretary Remo Monzeglio said at Carrasco airport.

”The reopening is not a simple matter and that is why from the Ministry of Tourism we accompany Minister (Daniel) Salinas in his permanent call for vaccination for those who have not yet done so to reconsider, Monzeglio added.

Uruguay has purchased 500,000 doses of Pfizer COVID-19 vaccines, some of them to be made available to foreigners who want to receive a booster shot. Children entering the country without immunization will also be considered for vaccination. Foreigners can be scheduled for vaccination five days after arrival into the country, following their mandatory post-arrival PCR test.

Local authorities foresee a coexistence between Uruguayans and foreigners regarding vaccination. Gradually the number of tourists is going to increase week by week, Monzeglio explained. He added that most visitors will be “of a medium-high to high purchasing power, [who] will come that will stay for long stays. That is the segment that we think is going to enter, but hopefully it will be much broader,” he went on.

The government issued a decree Thursday setting the requirements for foreigners who want to enter Uruguay. It highlights that the evolution of the epidemiological situation in the country and the expansion of the inoculation against SARS CoV-2 virus at the regional and global level allows for flexibility on entry bans for people who have completed their vaccination schedule or have had the COVID-19 disease.

Likewise, it is recalled that inattention to the current health situation”, it is understood that it is not necessary for foreigners (duly immunized against the virus) and minors who arrive in the country to comply with ”mandatory preventive social isolation measures.”

Travellers must turn in an affidavit which must be filled out electronically to speed up the admission procedure. Travellers are also required to wear a face mask when less than two meters away from other people, have health insurance in Uruguay and undergo a second PCR test a week after arriving in the country.