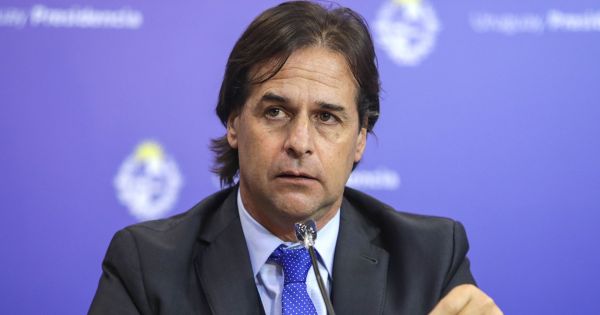 Uruguay’s strategy against Omicron is to just be alert, President says

Uruguayan President Luis Lacalle Pou Monday said his Government had no specific strategy against the Omicron strain of the coronavirus, other than “being alert.”

We are looking at the degree of virulence this strain has, we are seeing if the vaccines with which we immunize the population would be working for this strain. Everything says they do, Lacalle pointed out during the opening of a university facility in Tacuarembó when asked about the appearance of the Omicron variant at the international level.

The new strain has been labelled as of concern by the World Health Organization (WHO).

Nevertheless, Lacalle admitted he stayed in touch via Whatsapp with his former Honorary Scientific Advisory Group (GACH) and that the experts kept him updated with the latest information on the subject. They are sending me articles all the time, the President said.

Lacalle also underlined the importance of the booster dose of the anticovid vaccine. He also highlighted Uruguay’s high immunization rate, compared to other countries in the world including the most developed ones.

Asked about why there were people who were reluctant to take the third dose, the head of state downplayed lack of information as one of the possible causes. Instead, he said there were simply people who do not want to be vaccinated.

The President also pointed out that when things calm down and apparently there is no risk people tend to lower their guard.

Lacalle Pou also pointed out that the government was already in negotiations to have sufficient doses for booster doses of vaccine for next year.

Regarding immunization among children aged 5 to 11, the head of state was very clear it would not be mandatory. There has been freedom for adults and there will be freedom to vaccinate our children, he stressed.