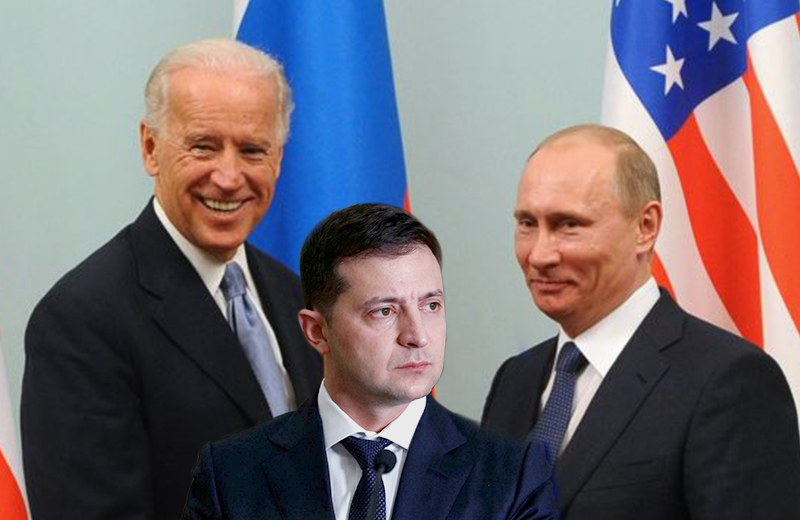 What will they talk about?
According to a US official who asked to be referred to as “Senior Administration Official” (SAO) the “The two presidents will discuss a range of security and strategic issues including bilateral talks through the Strategic Stability Dialogue, as well as the NATO-Russia Council, and the OSCE Permanent Council meeting, all of which will take place the week of Jan. 10,” in Geneva, according to the SAO.

US and Russian presidents are not expected to attend the Geneva meeting personally and they will appoint experts and officials to negotiate for their countries, according to the SAO; no specific details are yet available, but the delegation will be led by the State Department and include the Department of Defense, and other US agencies and departments.

The SAO indicated that the call is expected to discuss areas where progress can be made while also discussing areas of differences, and President Biden is expected to be clear that all discussions will proceed in consultation with international allies and partners according to the principle of “nothing about them without them.”

“prepared to respond if Russia advances with a further invasion of Ukraine.“

and that the US is coordinating with allies “to impose severe sanctions on the Russian economy and financial system, far beyond what was implemented in 2014” if Russia invades Ukraine again; also, in such an invasion eventuality, the US has plans to reinforce NATO’s Eastern flank and to “provide Ukraine with further assistance to defend its territory.”

Discussions with Ukraine
The US has ongoing discussions with Ukraine shared the SAO. Ukraine is eager to build recommitment to the 2020 ceasefire agreement along the contact line and to discuss steps on the ground that could improve the security situation in Donbas, and to open a path towards more positive diplomacy that would implement the Minsk Agreement through the Trilateral Group and the Normandy format. The role of the US is to support Ukraine as

Ukraine puts forward “proposals aimed at confidence building and de-escalation.” according to the SAO.

What is happening on Ukraine’s border now?
“We continue to be gravely concerned about the nature of the Russian troop presence there and the capabilities that they have” and “have been putting in place in and around that border area”, said the SAO, adding that the US is continuing to communicate with the Russian Federation that they would like to see a reduction in the build-up of Russian forces near Ukraine, and for a return of those forces to their usual deployment areas.

The goal of the US is to begin diplomatic discussions and to focus upon creating an environment that opens doors to de-escalation and progress in negotiations related the official, also indicating that President Biden will keep in close touch with President Zelensky.

“reiterated the United States’ unwavering support for Ukraine’s independence, sovereignty, and territorial integrity in the face of Russia’s military build-up on Ukraine’s borders.“

They discussed approaches to finding a diplomatic solution to peacefully resolve the conflict in Eastern Ukraine and upcoming “diplomatic engagements with Russia” according to Ned Price, Spokesperson for the U.S. Department of State.

“On Jan. 10, inter-agency delegations from Russia & the US, led by Deputy Foreign Minister Sergey Ryabkov [from the Russian Federation] and Deputy Secretary of State Wendy R. Sherman [from the United States] are expected to hold talks in Geneva. The agenda focuses on Russia’s draft documents on security guarantees.” according to a Tweet by Maria Zakharova, Director of the Information and Press Department of the Ministry of Foreign Affairs of the Russian Federation, on Dec. 30.

Among the ‘security guarantees’ that Russian President Vladimir Putin demands of the U.S. is that “NATO must halt its further expansion to the East, primarily into Ukraine” according to a report by the Russian TASS news agency on Dec. 23.

“Ukraine has the right to choose its own security arrangements. This is a fundamental principle of European security. And the decision on whether Ukraine can join NATO will be taken by Ukraine and 30 NATO Allies alone.” said NATO Secretary-General, Jens Stoltenberg on Dec. 16 at a joint press conference with President Zelensky.