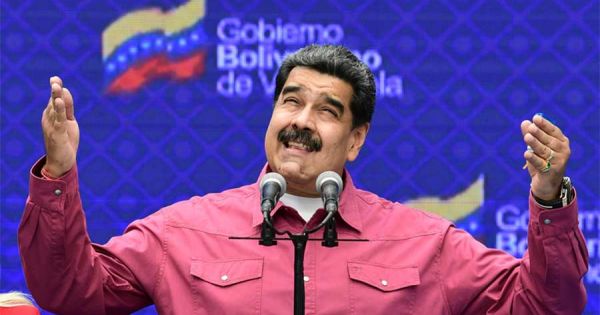 Venezuela goes to the polls, as world looks on with skeptical eyes

Venezuela, a country that has praised Nicaragua’s recent rigged elections most of the world has condemned, is going back to the polls Sunday to choose legislators as well as regional and local authorities.

What makes this process different from most other recent contests is the return to the political arena of the so-called opposition parties.

In this scenario, both the legitimacy and continuity of President Nicolás Maduro until 2025 is not at stake -but his credibility will- in a country where the same party (PSUV) has ruled since 1999 and where the imprisonment of political rivals is known to be common practice.

The PSUV, which controls most governorships as well as the National Assembly, is expected to win the majority of the 3,082 positions at stake, including 23 governors, 335 mayors and several thousand seats in state and municipal legislatures. The opposition has claimed six governorships and 76 mayors in 2008 and 2013, respectively.

Most analysts agree turnout will be a key issue, which will determine the legitimacy of the authorities elected as a result of Sunday’s process, but a larger number of votes may not necessarity mean victory for the opposition, which is largely split among various options.

Nevertheless, Maduro is believed to be hoping that with freer elections at a lower level, most of the international sanctions currently in place against Venezuela and its government may be lifted. Hence, Maduro’s decision to allow for the return to the country of former political leaders who were in exile and are now running for office.

These candidates needed to leave the country after Maduro had accused them of trying to overthrow him.

The main opposition parties – which since 2017 had boycotted the electoral processes claiming that there were no suitable conditions – confirmed their participation in August after being virtually erased from the political scene. In previous elections, they barely won a handful of popularly elected positions.

The decision to participate of the main opposition parties, many of them still banned, also came after months of behind-the-scenes dialogues with senior officials of the Maduro government, initially among allies of former opposition presidential candidate Henrique Capriles. These negotiations led to the appointment of a new National Electoral Council (CNE) board, where two of its five members are recognized opponents, including an activist who had been jailed for his alleged attempt to destabilize the government.

Another reason why these elections may be different are recent negotiations in Mexico between Maduro’s regime and the opposition led by Juan Guaidó, whom the United States and several dozen countries recognized as interim president of Venezuela, after considering Maduro was elected in 2018 in a fraudulent election. In these talks which have now been interrupted, Norway has acted as a facilitator, while Russia and the Netherlands have joined as “companion countries.”

Negotiations were halted abruptly by the PSUV in protest at the extradition of businessman Alex Saab, believed to be a front for Maduro’s businesses, from Cape Verde to the United States. They are expected to resume after the elections.

Sunday’s elections are also to be monitored by independent bodies, a long-standing demand from the government’s opponents. The European Union has agreed to send a team of observers to oversee both the electoral campaign and how things develop Sunday. The EU has not recognized last year’s legislative elections and has stayed away from electoral processes in Venezuelan since 2006. A panel of experts from the United Nations and six from the Carter Center, based in Atlanta, also participate in the country.

Meanwhile, the United States has announced it would keep an eye on Venezuela’s polls, but admitted no one expects them to be free nor fair, according to the State Department’s envoy Juan Sebastián González, who is President Joseph Biden’s top adviser on Latin America and the Caribbean.

González stressed these elections were about Venezuelans who want democracy, and those who don’t.”

The United States has insisted on several occasions in its support of the negotiations in Mexico between the Maduro government, in power since 2013, and the Unitary Platform of Venezuela, which brings together the opposition.

Despite wishful and hopeful approaches at Sunday’s elections, analysts foresee little will change in Venezuela afterwards, like in Cuba or Nicaragua, because in practice, there are no guarantees, because, despite the reforms, the CNE is still under the control of the PSUV and voter registrations are not up to date, in addition to the existence of political prisoners and several Venezuelans politically disenfranchised, plus the large number of Venezuelan migrants who have left the country over the past few years and who are estimated to amount to over 4 million people over the age of 18 whose votes would largely and naturally go against the leader who forced them to seek a better future elsewhere.

Then there are also issues regarding the credibility of the electronic voting system as well as restrictions to the press.

Maduro has also threatened the EU with a forceful response” if observers analyze the validity of the regional elections and Guaidó has hinted there were no conditions for free and fair elections in Venezuela.

Despite all these conditions, the head of the Electoral Observation Mission of the European Union (EOM-EU) in Venezuela, Isabel Santos, has announced she would tour several voting centers in Caracas Sunday, after which she is expected to give statements to the press.

The EU-EOM is the first observation mission sent by the bloc to Venezuela in 15 years. It has deployed a team of 11 analysts since October 14, who have been joined by 44 long-term observers, 34 short-term observers, nine members of the European Parliament and more than 30 observers recruited locally from the diplomatic corps accredited in Venezuela. On voting day, the mission will have about 130 observers who will visit voting centers in 23 states of the country. Santos is expected to release a preliminary statement next Tuesday, despite warnings from PSUV’s second-in-command Diosdado Cabello in the past few days. International observers are also expected to release a more in-depth report early next year.

A Russian delegation has also arrived in Caracas to help oversee the elections, which will be monitored by about 300 foreign experts, according to Russian sources. Moscow’s ambassador to Venezuela hoped vote counting reports would become available late Sunday, while preliminary results will be released early Monday, Russian time.