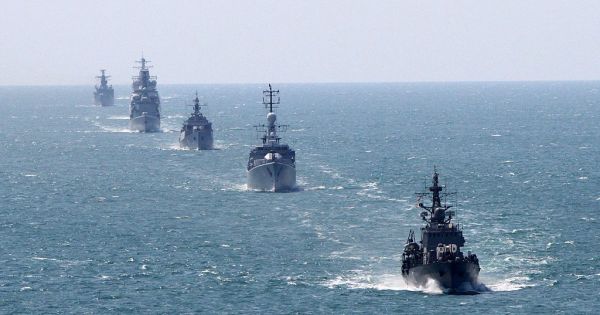 The Russian Navy is blocking grain-laden vessels from leaving the Black Sea after having loaded in Ukrainian ports, according to BayWa, Germany’s largest grain trader which is involved with cereals trade in central Europe. Meanwhile, the IMO is calling for “blue corridors” to allow merchant vessels to sail without incidents.

Zero [grain] is currently being exported from the ports of Ukraine — nothing is leaving the country at all, Jörg-Simon Immerz, head of the grain trading at BayWa tol the German media, adding that export activity on the Russian side is very limited.

Immerz’s assessment was backed up by the Panamanian Maritime Authority, which claimed that the Russian Navy was preventing 200-300 ships from leaving the Black Sea, most of them were carrying grain.

Noriel Arauz from the Panamanian Maritime Authority said three Panama flagged vessels ships have come under Russian fire since the invasion of Ukraine started. One of the ships sank and two others were damaged, while no one was injured. Allegedly vessels from Estonia and Bangladesh have also been attacked.

But Russia blames the stoppage on the high risk of mines, which it said had been laid by the Ukrainian Navy.

Russia has also vowed to retaliate against Western sanctions that have crippled its economy. Curbs on wheat and fertilizer exports are presumed to be high on Moscow’s list, which could have further consequences for the global food supply and food price inflation.

Russia produces close to 80 million metric tons of wheat a year and exports close to 30 million tons, while Ukraine exports about 20 to 25 million tons a year.

German traders are saying that markets are closely following events in rural Ukraine since the wheat was sown in the fall and now needs to be fertilized, while corn has yt to be sown

Days after the invasion, Ukrainian President Volodymyr Zelenskyy urged farmers to begin the sowing season as normal, where safe to do so.

BayWa, meanwhile, believes there is no reason to fear a wheat shortage as much more wheat is harvested in the EU than is consumed. In effect, EU sends overseas some 30 million metric tons of wheat annually

Meanwhile, the UN International Maritime Organization (IMO) has called for so-called blue corridors to allow the ships to leave the Black Sea without the risk of attack or hitting a mine.

The ongoing military action in the Black Sea and the Sea of Azov presents a serious and immediate threat to the safety and security of crews and vessels operating in the region, IMO said in a statement released earlier this week.

The seriousness of the situation is underlined by a growing number of open-source reports of security incidents involving merchant shipping, it added. IMO is currently liaising closely with all key stakeholders in the region to contribute to attempts to address the safety and security of shipping in the Black Sea region.