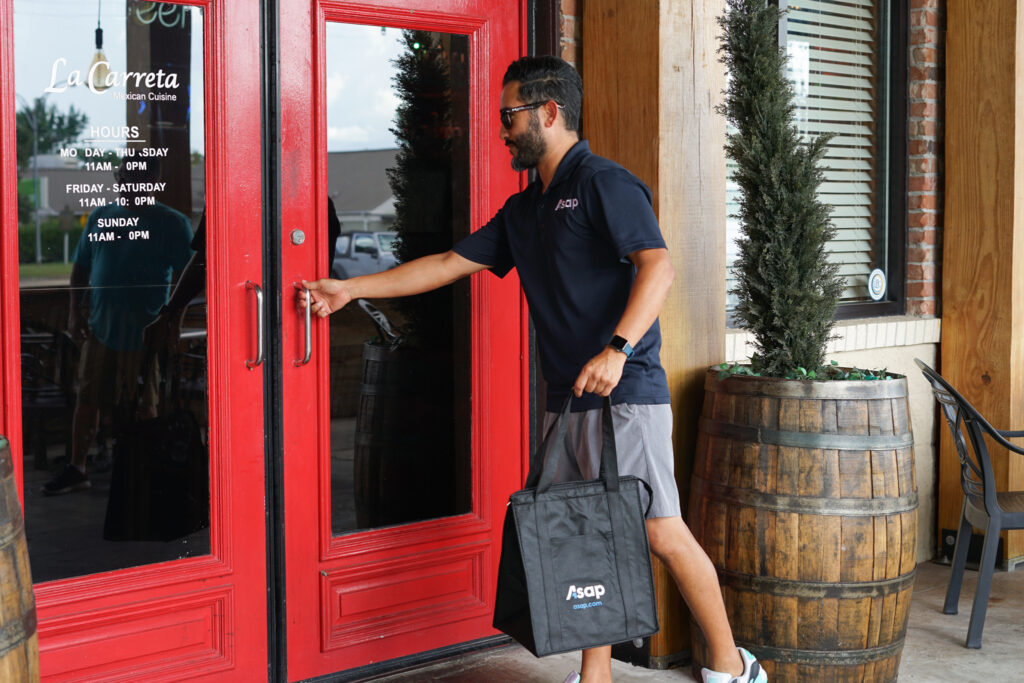 Lafayette-based Waitr Holdings today announced it has officially changed its name to ASAP, which it says signals a new “deliver anything” business model.

Considered a Louisiana success story, Waitr was founded in 2013 and purchased by a special purpose acquisition company owned by Texas billionaire Tillman Fertitta in 2018 before it went public in November of that year.

The name change and new strategy for the company, which has twice faced delisting threats due to significant drops in its stock price even as it expanded into new U.S. markets and acquired other brands, is backed by software and business acquisitions announced earlier this year that aim to expand its delivery capabilities.

ASAP has also signed agreements in recent weeks to launch delivery of a wide variety of items such as alcohol, sporting goods, luxury apparel, and auto and electrical parts.

Among the new business expansions under the ASAP brand is the company’s in-stadium ordering technology, which allows fans to avoid the long lines at stadium concession areas. ASAP has secured in-stadium mobile ordering agreements with the New York Giants, the New York Jets, the New Orleans Saints, the University of Alabama and LSU.

Still to be revealed this year will be ASAP’s new stock ticker symbol. See the announcement.