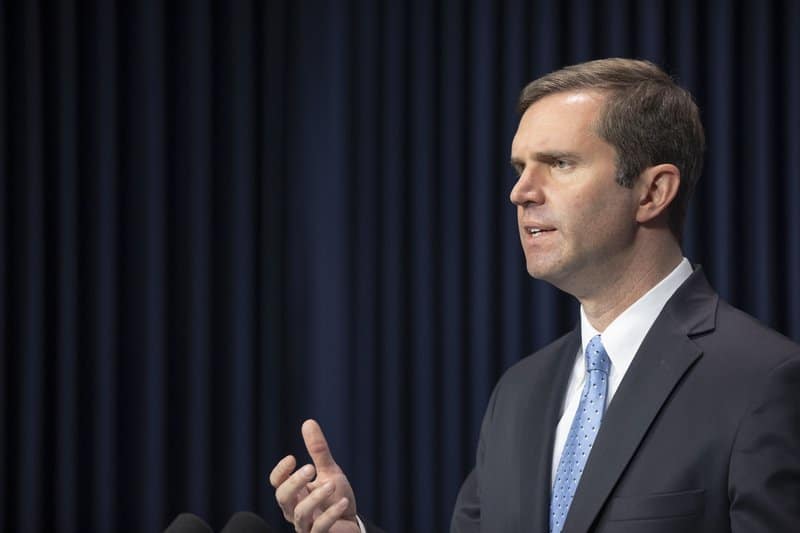 Gov. Andy Beshear will hold a news conference at 12:30 p.m. Thursday. You can watch live HERE.

Gov. Andy Beshear held an update at 9:30 a.m. Thursday. You can watch HERE.

According to the governor, the National Guard has been activated and is staging three helicopters and moving trucks to get through the high water. Kentucky State Police has been active, along with the Kentucky Transportation Cabinet which is preparing for debris removal.

“This was a tough night and maybe an even tougher morning for so many of our residents,” Gov. Beshear said. “We are currently experiencing one of the worst, most devastating flooding events in Kentucky’s history. The situation is dynamic and ongoing. In most places we are not seeing receding water – in fact, in most places it has not crested yet. What we are going to see coming out of this is massive property damage and we expect loss of life. Hundreds will lose their homes. And this will be yet another event that will take not months, but years, for our families to rebuild and recover from.”

Gov. Beshear says the state plans to open three state parks to those who have lost their homes. The shelters will be at Jenny Wiley, Buckhorn and Pine Mountain.

The governor says there will likely be loss of life from this devastation.

“We probably have not seen the worst of it,” said Gov. Beshear. “Sadly, we believe we will lose Kentuckians.”

As of 9:30 a.m. there are 23,000 people without power. Several areas will lose water temporarily like Pike and Martin County.

The governor says a list of shelters will be published later Thursday and will ask Kentuckians to come together to help donate water and cleaning supplies.

The National Guard says it’s aware of people still on rooftops awaiting rescue and is actively working to get to those individuals.

Hazard saw severe flooding, according to firefighters. The agency said it’s working on 20 to 30 rescues, dealing with four to five feet of water in most areas. More HERE.

In Breathitt County, the Breathitt County Courthouse is serving as an emergency shelter for people in the community as severe flooding continues in Eastern Kentucky. Breathitt County Emergency Management shared the update to Facebook, warning people to stay off the roads. You can read more HERE.

ABC36 has several crews in eastern Kentucky and will have continuing coverage throughout the day.