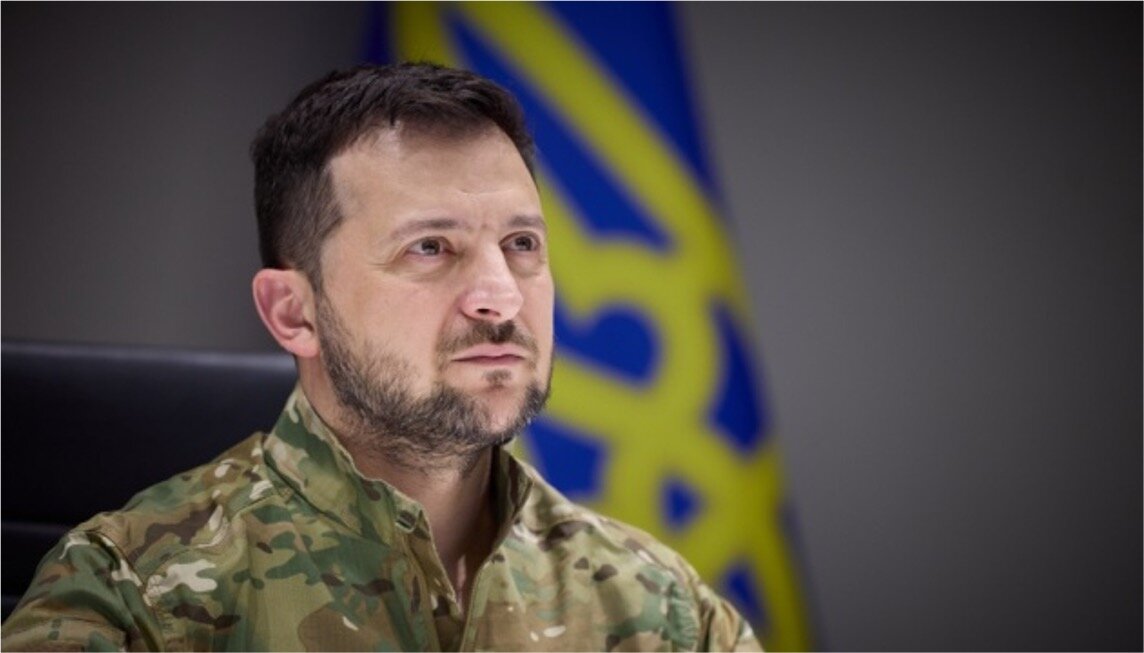 Ukrainian President Volodymyr Zelensky has delivered a video address to Canadian university students, laying out his plans to not only win the ongoing war, but to “build a new Ukraine.”

The full speech can be read below.

We are ready to amaze the world! I said these words in Toronto, at the Conference on Reforms in Ukraine, three years ago. Who could have imagined that 3 years later, the subtext and meaning of these words would undergo a “largescale reform”.

Three years ago, describing my vision of change in Ukraine, I gave the example of a team that you all know very well. This is the Toronto Raptors. 2019 NBA Champions. To win when no one expects that. To do the impossible by uniting. That’s how I described our state goal and the common task of all Ukrainians. Who could have imagined that three years later it would sound completely different?

Those were different times. We strived for slightly different victories. We were building a slightly different state. A country of transparent institutions, equal and fair rules, successful and free people. Today, the walls of our buildings are “transparent” in the literal sense of the word – destroyed by Russian missiles and bombs. The rules of the game apply to everyone, but in a different sense. These are the rules of survival. They are equal, but not fair. Tough, cruel and simple. Shoot on the front, help in the rear. You hear an air alarm go down to the shelter. You hear the sound of enemy military equipment, stand up for the defense of your country.

In 2019, I talked about peace in the east of Ukraine – a lot was said with Justin Trudeau – the liberation of Donetsk, Luhansk and Crimea. We did everything possible for this, on all existing platforms, with the help of all existing diplomatic tools.

Ukraine sincerely wanted and strived for this. But the other side wanted and strived for something else. We saw this “something else” in the morning of 24 February. As a result, in 2022, Mariupol, Kramatorsk, Severodonetsk, Berdyansk, Melitopol, and dozens of other cities and villages of Ukraine. Today, we are fighting back the aggression of the Russian Federation so that in the future there is no need to hold the Kherson Platform, the Mariupol Platform, the Kharkiv Platform, and dozens of other platforms for the de-occupation of Ukraine’s sovereign territories.

Three years ago, my goal was a major infrastructure reform. Ukraine started the Large Construction. And it was impressive. Three years later, Russia launched a special military operation. We restored and created new roads, bridges, kindergartens, schools, hospitals, stadiums. Russia has been creating missiles and bombs all this time to destroy it all.

Three years ago, in Toronto, I also talked about the restoration of Donbas. To do this, we gathered hundreds of investors and companies from around the world in Donbas and held a forum in Mariupol. Three years later, this city does not actually exist. It is erased from the face of the earth. In 2019, we talked about reconstruction in the east of Ukraine. According to preliminary estimates, this required about $10 billion. At the time, that figure seemed shocking. Three years later, it has grown exponentially, and now we need hundreds of billions of dollars to rebuild. Now, in addition to the east, we are talking about the south, north, center and west of our country.

The path by which we are going to the goal changed, but the goal remained the same.

Lecturers of our universities sometimes lecture their students from trenches, online, via Skype. Our teachers record video lessons and tasks for pupils in the subway, during the air alarm siren. Our servicemen can get married via Zoom without leaving the frontline positions.

Those were different times, but our goals remained the same. The only amendment is that to implement all this we are today fighting against the second army of the world. We are fighting for our future, our freedom, our land. Just as 80 years ago, during World War II.

Today is a special day in Ukraine. The day when we recall the feat of our ancestors, express gratitude to them for our life and the opportunity to build a new Ukraine. The day of mourning and honoring the memory of the war victims, which we mark on June 22. Exactly on this day in 1941 the Nazis started bombing Kyiv.

Those were different times, a different occupation, a different war, but our morale, striving for freedom, struggle and our goal haven’t changed. And on February 24, 2022, when Russian missiles hit Kyiv and the whole of Ukraine also at 4am, we stood up for our country. Today, we are fighting for the future of our children and grandchildren, for their life and opportunity to build a new Ukraine.

We have already amazed the world.

We have united to do the impossible.

We will definitely win, although no one expected that.

For the sake of our peaceful, free and democratic future.

And these will be different times.

What exactly and how we will cover the path to them – I think we will discuss that today here.