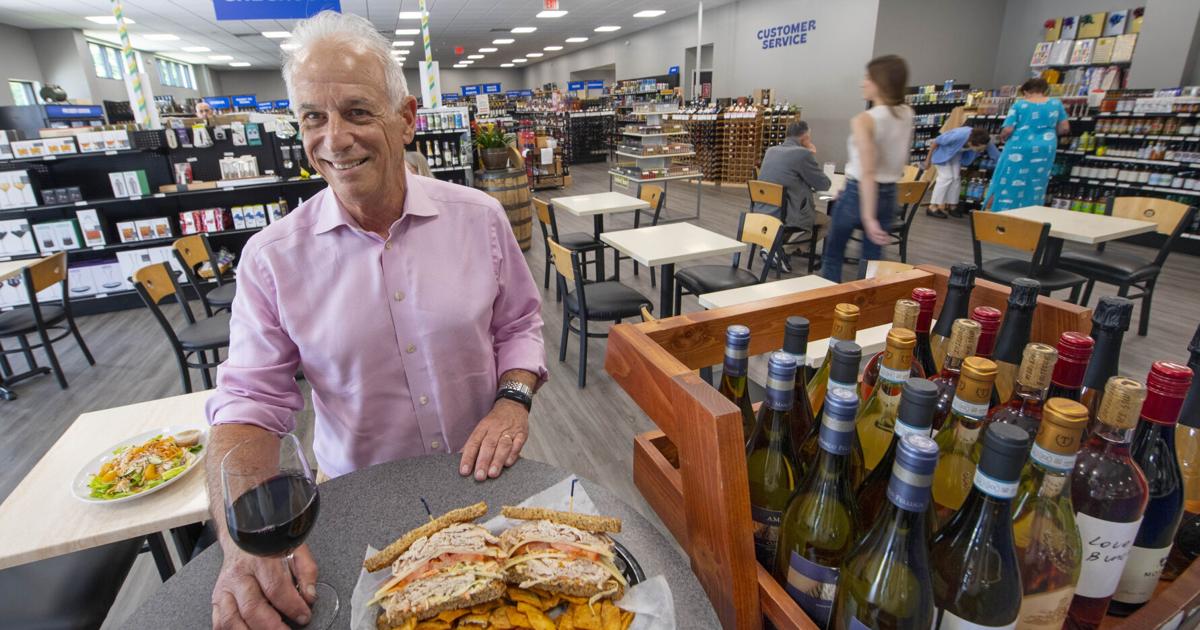 Martin Wine & Spirits is a Louisiana institution. Its New Orleans’ roots date to 1946 when David Young Martin Jr. came to Baton Rouge after World War II. He had an uncle in the bulk wine business, so he opened a 12-by-12-foot shop that sold half pints of whiskey and a little wine on a one-way street in New Orleans.

“We are in the entertainment business,” said Martin. “People don’t always know what they are looking for — they want to be educated.”

Martin said his dad introduced him to wine when he was a child.

“But, I didn’t drink in college,” he said. “I started drinking wine in the mid-1970s. I spent some time in California. We were pioneers in the wine business. Back then, the grocery stores sold junk wine — now that has changed.”

Martin is of the mind that wine doesn’t have to be complicated.

“Every country can take the same grape and grow it, but it will taste different because of the soil and temperature,” Martin said. “Wine isn’t like Jack Daniels.”

In 2006, the wine and spirits shop expanded into Baton Rouge.

“After Katrina, in order to keep my employees, I thought, ‘Here’s an opportunity to move into Baton Rouge,’ ” Martin said.

Baton Rouge turned out to be a great market for Martin.

“A lot of people were interested in wine. We started doing wine classes and tasting events,” Martin said, explaining the company’s expansion in Baton Rouge, including its newest shop at 6463 Moss Side Lane, just off Perkins, which opened in late 2021 — and has recently opened a deli. The new lunch counter relies on the deep experience, expertise and menu of the tried and true recipes from the two Martin Wine Cellars in New Orleans.

In 1978, Martin suggested to his dad that they start a New York-style delicatessen offering a variety of specialty sandwiches, salads, cut-to-order cheeses, pâtés and exotic meats.

“I said, ‘Dad, why don’t we open a deli. Then, we won’t have to go out to lunch.'” Martin said. “The store had enough room to have a small food operation.”

Martin set about to create sandwiches that went beyond the expected.

“We’re known for a lot of things — chicken salad included. You can come in and get a great salad or sandwich and a glass of wine. We have plenty of pairings,” said Melissa Palfrey, general manager of the Moss Side Lane location.

Martin said they took the menu items that sold well in New Orleans and Metairie and brought them to Baton Rouge. He has strong opinions about the sandwiches, the ingredients and how the meat is carved. The sandwiches and salads often have surprising ingredients that elevate the meld of flavors and fresh bread from Leidenheimer Bakery in New Orleans.

Two favorites include the Chopper sandwich — sliced oven-roasted chicken breast, romaine lettuce, bacon, tomato, boiled eggs and radishes, tossed with Russian dressing and served in a flour tortilla and the Deli Deluxe — pastrami, corned beef, Swiss, Russian dressing and Creole mustard, served hot on an onion roll. Both sandwiches are a surprise — and inexplicably delicious, as are many other menu items.

Martin, who invented the recipes more than 40 years ago, says the elevated melding of ingredients is no accident. He takes a lot of pride in the quality of ingredients the Martin delis use.

“Good pastrami is hard to find,” he said. “The most important person in the kitchen is the carver.”

Martin Wine & Spirits hosts a variety of tastings, including wine only, wine and cheese pairings and liquor tastings. For a complete list of tastings, go to martinwine.com/events/.

Recipe is from Martin Deli & Bistro.

2 lemons, each cut into 6 wedges each

Recipe is from Martin Deli & Bistro.