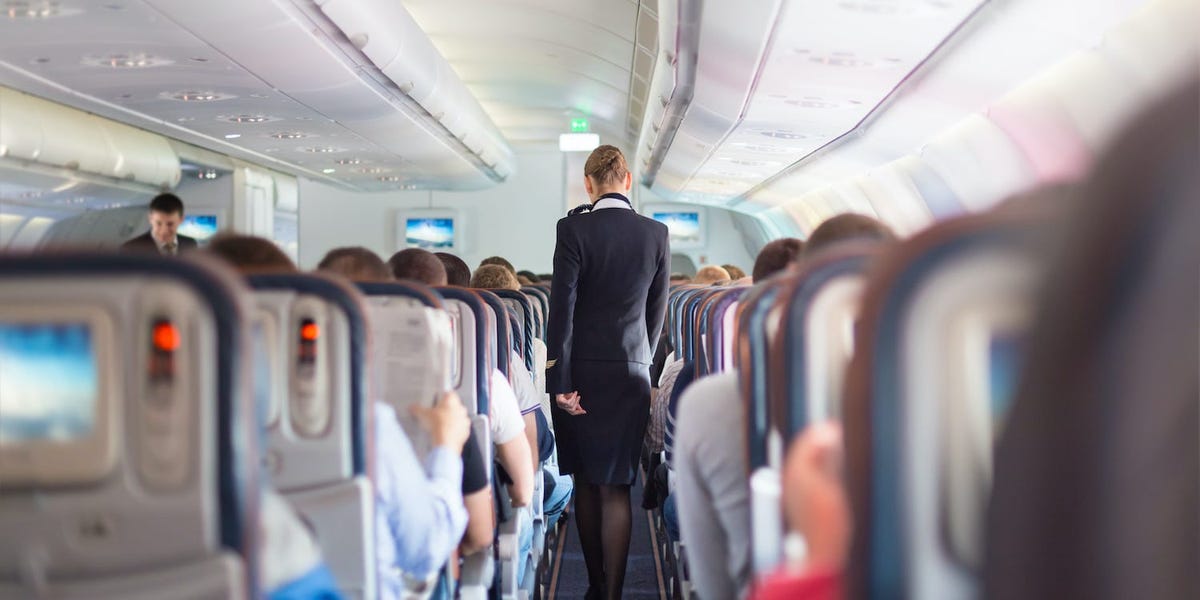 A California woman who was seen attacking a flight attendant on a Southwest flight in May, chipping three of her teeth and sending her to the hospital, pleaded guilty to interfering with the airline employee in federal court on Wednesday.

Vyvianna M. Quinonez, 28, of Sacramento, California, faces a maximum penalty of 20 years in prison and a $250,000 fine, the US Attorney’s Office for the Southern District of California said in a statement released Wednesday.

The incident occurred during a Southwest flight from Sacramento to San Diego in May of this year. The flight attendant asked Quinonez to put on her seatbelt, stow away her tray table, and wear her mask properly, Insider reported in September, when Quinonez was initially charged.

According to prosecutors, Quinonez began filming the flight attendant and then shoved her.

“Don’t you dare touch a flight attendant like that,” the man can be heard saying in the video.

Video shows the flight attendant, who has not been named publicly, with blood dripping down her face as the male passenger stands in between the two women.

The flight attendant was later taken to a hospital to be treated for a swollen eye, a bruised arm, and a cut under her eye that required stitches, prosecutors said. She also suffered three chipped teeth following the assault, two of which were replaced by crowns.

“The flight attendant who was assaulted was simply doing her job to ensure the safety of all passengers aboard the plane,” acting United States Attorney Randy Grossman said in the statement. “It’s inexcusable for anyone to use violence on an airplane for any reason, particularly toward a flight attendant who is there to keep all the passengers safe.”

In a statement to Insider, a spokesperson for Southwest said the airline has a zero tolerance policy when it comes to physical of verbal abuse against employees.

“We appreciate the efforts of federal and local authorities working to bring this case to justice,” the statement said.

Quinonez could not be reached for comment and it was unclear if she had retained a lawyer. She is set to be sentenced on March 11, 2022, according to prosecutors.

The May incident, in part, prompted both Southwest Airlines and American Airlines to extend their suspension of alcohol service on flights in an attempt to curtail the increase in disruptive and violent passenger behavior in recent months.

The altercation is just one of thousands of unruly passenger incidents reported during a record-breaking year for conflict aboard commercial airlines. In September, the US Federal Aviation Administration said there had been 4,385 reports of unruly passengers, prompting 789 investigations, 162 enforcement cases, and $1.1 million in fines.

But of all the unruly passenger incidents at the time, only Quinonez has faced criminal charges.